First he became a drummer, then did an impromptu jig as Mahendra Singh Dhoni enthralled one and all in a different avatar during the inauguration of the newly constructed Jharkhand State Cricket Association (JSCA) Stadium at Ranchi on Friday. 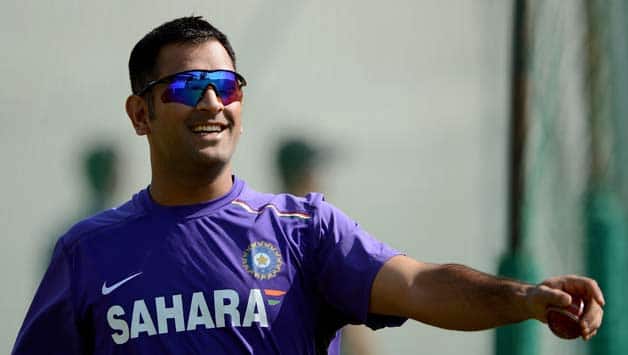 First he became a drummer, then did an impromptu jig as Mahendra Singh Dhoni enthralled one and all in a different avatar during the inauguration of the newly constructed Jharkhand State Cricket Association (JSCA) Stadium at Ranchi on Friday.

“Personally, it’s a special moment for me. The journey begins tomorrow. It’s the beginning of a new innings,” Dhoni said in his speech.

Offered the drum by troupe leader Nandlal Nayak, Dhoni, normally a reserved person, readily put the sling around him as the Indian captain joined other 179 drummers who were dressed in warrior style that marked the one-hour inauguration ceremony.

Dressed in a white jacket and a pair of blue denims, Dhoni looked relaxed as he was accompanied to the venue, adjacent to the cricket stadium, by his wife Sakshi.

Addressing the gathering, Dhoni thanked the efforts of the people involved in constructing the stadium which began on June 19, 2009.

Dhoni said the cricket venue would put Ranchi in world map and the Jharkhand capital would need no introduction from now onwards.

“When I first joined the team, people were asking me the place I belonged to. I used to say I am from India and the next thing I would say I am from a place called Ranchi in Jharkhand. I used to explain Ranchi giving various routes like it is a place closer to Kolkata, near Jamshedpur. We are the richest state in natural resources.”

“But, after the stadium was built it has now become an international venue. At least, we need not have to explain further about Ranchi in the cricket playing nations,” he said proudly.

“It is a proud beginning; proud moment for people of Jharkhand. Now we are looking forward to a lot of support from the people tomorrow. I would like to thank each and everyone who have contributed in the making of the stadium. Now its up to the people of Jharkhand to make tomorrow’s game very special,” Dhoni concluded.

Describing it as a remarkable piece of work, Board of Control for Cricket in India (BCCI) supremo N Srinivasan said,”It will now become the pride of this region. I’m very happy for Dhoni who captains the team in all the three formats and also is the skipper of my favourite IPL team (Chennai Super Kings).”

ECB chairman Giles Clarke was also present along with his wife as he termed this an outstanding venue.

“We are really thankful for getting the opportunity to play the first match here,” Clarke said.