The Indian captain called curtains on his Test career Tuesday after the third Test ends in an draw.

From lamenting how badly they will miss Mahendra Singh Dhoni in the longer version of the game, to lauding his “perfect timing for retirement”, fans showed a variety of emotions as they took to Twitter soon after the Indian captain called curtains on his Test career Tuesday.

A Dhoni follower whose Twitter name is Despicable Me wrote: “Anyway this has come sooner than expected..Now a keeper with matching skills has to be found. That would take time #DhoniRetires.”

Isha Ganeriwal, another Dhoni fanatic, tweeted he will be missed and that no one could ever match his style of leadership. “Oh @msdhoni You’ll be badly missed in Test Matches. A great captain & a leader..No one can match ur style..Sad! Sad! #DhoniRetires,” tweeted Ganeriwal.

While some fans were shocked, others believed that it was Virat Kohli’s time to fill Dhoni’s shoes. “It’s the right time for @imVkohli to take over the India team.. #DhoniRetires,” tweeted Prayas Chatterjee.

Digvijay Sarnobat, however, believed that it was the perfect time for Dhoni to retire and posted: “You either die as a Hero or live long enough to see yourself become Villain. Perfect timing for retirement #DhoniRetires”. 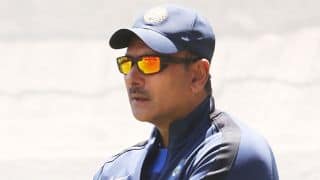