India captain Mahendra Singh Dhoni kept his own counsel Thursday when questioned on corruption claims regarding the Indian Premier League but promised to reveal his views at the "right time". 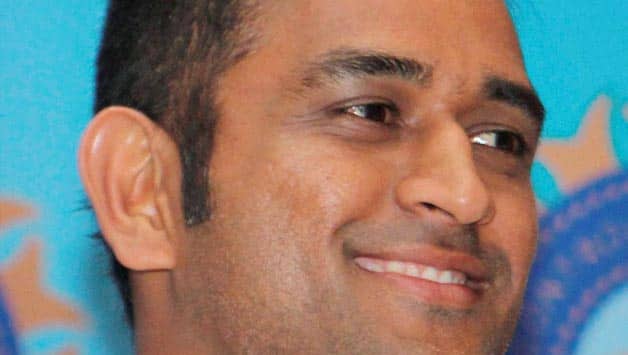 India captain Mahendra Singh Dhoni kept his own counsel Thursday when questioned on corruption claims regarding the Indian Premier League but promised to reveal his views at the “right time”.

Controversial accusations of ‘spot-fixing’ have engulfed the sixth edition of the lucrative Twenty20 tournament, with Indian police making several arrests in recent weeks.

The investigations started on May 16 when Delhi police arrested three cricketers including Test fast bowler S Sreesanth, accusing them of deliberately bowling badly in exchange for tens of thousands of dollars.

The scandal is threatening to bring down N Srinivasan, the head of the Board of Control for Cricket in India (BCCI), who has been under intense pressure after his son-in-law was arrested for allegedly betting on IPL games.

Gurunath Meiyappan, is an executive at the Chennai Super Kings IPL team — owned by Srinivasan’s India Cements and featuring Dhoni as one of its star players.

Dhoni, speaking at a news conference in Birmingham, central England, on Thursday to preview India’s Champions Trophy bid, said he was glad to be abroad.

“It’s good to be out of there [India].” But asked for his views on the evolving IPL row, which has seen Pakistani umpire Asad Rauf stood down from the Champions Trophy following fixing allegations in the Indian media, Dhoni was cautious.

“It’s not that the reputation [of Indian cricket] is gone,” he said. “When the right time comes I’ll answer [more thoroughly], but as of now I don’t think we have lost reputation because whatever the set-up will be throughout the world or in any sport, still you’ll have people who will be slightly mentally weak compared to some of the others.

“I would love to elaborate but at the right time I’ll do it. I just want to keep our side away from everything as of now.”

Reigning world champions India are in the process of rebuilding their side and have arrived for the ‘mini World Cup’ that is the Champions Trophy without Sachin Tendulkar, now retired from ODIs, Virender Sehwag and Zaheer Khan.

Fans sad to see some of their favourites no longer involved have been critical of India in recent months but Dhoni backed a youthful squad to come good.

“It’s an ongoing process. A few of them [fans] will ask questions and you have to silence them,” he said.

“It’s for us to see what kind of a squad we’ve got with a fresh bunch of players.

“The best that the world has to offer [play IPL] which means most of the players are in touch and are in good rhythm,” wicketkeeper-batsman Dhoni added.

India have warm-up matches against Sri Lanka on Saturday and Australia on Tuesday before facing South Africa in the opening match of the tournament proper in Cardiff on June 6.

N Srinivasan says there is no chance of him resigning

Rajeev Shukla says image of BCCI is supreme for everyone