The IPL 11 anthem was launched on Monday evening.

It is a rarity that one witnesses Mahendra Singh Dhoni on social media. With Indian Premier League (IPL) 2018 just around the corner, Dhoni s rose from slumber. Dhoni from his official Twitter handled shared IPL s official broadcaster s anthem. The IPL 11 anthem was launched on Monday evening. Dhoni has been rested from India s ongoing Sri Lanka tour, where they are engaged in a tri-nation T20I series. Dhoni will lead Chennai Super Kings (CSK), who are making their comeback from a two-year ban.

Still some time for the tournament to start but as expected a brilliant campaign to kick it off @IPL @StarSportsIndia pic.twitter.com/NgivOugSqB

The anthem has been inspired from Bollywood’s hit 1957 movie Naya Daur, that had the song ‘Yeh Desh Hai Veer Jawano ka’. CSK before the IPL player auction retained Dhoni, Suresh Raina, and Ravindra Jadeja. They recalled Faf du Plessis and Dwayne Bravo to the yellow army, including new faces like Shane Watson and Imran Tahir.

“The very essence of IPL is a thrilling, action-packed celebration of cricket where the best of talent take on each other in one of the most gruelling cricket tournaments in the world. It is a fantastic celebration of both the game and its millions of fans across the world.

“The Best vs Best campaign endeavours to showcase the pinnacle of cricket that this tournament is associated with,” said Sanjay Gupta, Managing Director, Star India. 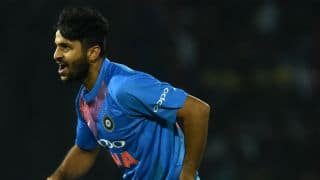