Gavaskar also threw his weight behind struggling Pant, saying he must keep his chin up despite the recent run of below par performances.

Former Indian skipper Sunil Gavaskar on Thursday said that the time has come for the team to look beyond MS Dhoni.

Dhoni, 38, has not played any international game since India s semifinal defeat against New Zealand in the World Cup 2019 and the speculation about his retirement have been rife.

Although the selectors have not taken any call on Dhoni s future, they have decided to stick with Rishabh Pant, keeping in mind the next year s T20 World Cup.

ALSO READ: If Rishabh Pant plays a bad shot, there will be a rap on his knuckles, talent or no talent: Ravi Shastri

“Nobody knows know what is in MSD’s mind. Only he can clarify what he thinks his future with Indian cricket is. But I think with him being 38 now, India should be looking ahead. Because by the time the next T20 World Cup comes around he will be 39 years old,” Sunil Gavaskar was quoted as saying by India Today.

“His value to the side is always going to be fantastic. Not just the runs he will score or the stumpings he will effect. But his overall presence on the field will be calming for the captain because the captain gets the benefit of his views. So that is a huge plus. But I do believe the time has come,” continued Gavaskar.

“Everybody has a shelf life and I do believe with the greatest of respect to Dhoni and I am a fan as millions of others; I just believe he should be going without being pushed out. He should be going on his own terms,” he added.

Gavaskar also threw his weight behind struggling Pant, saying he must keep his chin up and urged the Indian team management not to be too hard on the wicketkeeper-batsman.

“Pant is a very good prospect. Look, the second year is always tough whether it is batsman or bowler and that’s what he is finding out. People have a better idea about your strengths and weaknesses and therefore the bowlers will bowl accordingly. So I think he is facing second season blues. He has to keep his chin up,” Gavaskar said.

“It was a bad sight to see his dismissal in Mohali. It wasn’t a bad shot. It’s just that he hit it straight to the fielder. And that’s what can happen when you are going through a bad patch. So my suggestion is don’t be too hard on him. Just be patient with him. Having said that having him a slot down the order at no.5 will do him a world of good,” Gavaskar added. 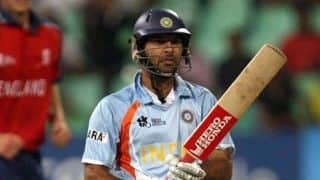 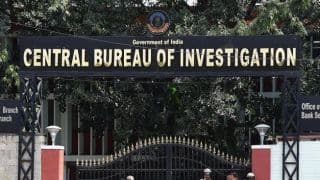