"Why should he quit?," Chopra said when asked about the raging controversy.

“Why should he quit?,” Chopra said when asked about the raging controversy over skipper Dhoni’s comments after demoralising series-defeat against Bangladesh, who are fast emerging as a new cricket force in the sub-continent.

“Wins and losses are part of the game. And let’s face it that Bangladesh have played well. They have beaten the West Indies, Pakistan and now India. Credit goes to them for a brilliant performance,” she said. Mohammed Shami: I played World Cup with a knee injury

Asked about speculation fuelled by Test captain Virat Kohli‘s comments that there was no clarity of mind among players in the ODI series where they could not express themselves, Anjum rubbished the rumour.

“There is no division and no one benefits if team is divided,” she said. Virat Kohli cheers for India against Pakistan during the Hockey World league semi-final

Talking about India’s defeat, Anjum opined that lack of preparation might have have been one of the reasons for the loss.

“There was no camp ahead of the tour and switching from T20 is bit difficult,” she opined. India look to rise in ICC Women’s rankings 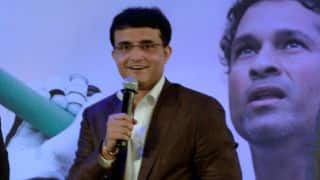