Dhoni defended Kohli and Pujara's and said that runs were around the corner.

India captain Mahendra Singh Dhoni took a dig at the top-order batsmen stating that it was the fifth bowler and the lower order who were scoring all the runs after another abject surrender against England in the fourth cricket Test.

Asked if the second innings effort was disappointing, a curt Dhoni replied,”I think even in the first innings we weren’t up to the mark in the batting department. I feel so far in the series our batting had not really clicked. Our batting needs to improve. There has been a lot of talk about our bowling but it’s our batting that has to improve.

Questioned if he could pinpoint a reason, the skipper said,”It’s a difficult one to know what’s gone wrong. A few of them are going through a lean patch. Outside India, this group has gone well until here. The wickets have been good for batting but we haven’t applied ourselves.”

Quizzed on the poor form of Virat Kohli and Cheteshwar Pujara, Dhoni didn’t forget to mention the consistent poor starts that has put a lot of pressure on the Saurashtra batsman.

“Consistently we are exposing Pujara in the 2nd, 3rd or 4th over and he might feel that he is better off opening the batting. Our openers haven’t given us good enough start and that has put a lot of pressure on Pujara coming in at No 3, who has never felt settled.”

He termed Kohli’s poor form as one of the lean patches that is bound to come in an international player’s career.

“Virat has had a lovely spell for two and half years and this is something that will happen in international cricket.

But I am not really worried as he is middling the ball well,” said the skipper.

Dhoni termed the five-Test series as a good exposure as “it is more important to spent time in the middle irrespective of how much you spent time at the nets.”

He was happy that Varun Aaron’s extra pace gives him an option to “attack batsmen with bouncers and experiment with field settings.”

About the positives that has emerged from the Test, Dhoni probably gave a tongue-in-cheek reply.

“We will get two extra days of rest,” he said 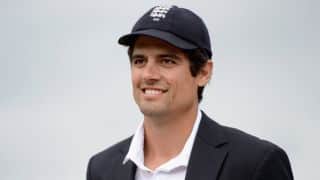 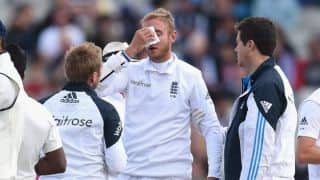