MS Dhoni is only behind Virat Kohli and Rohit Sharma for India in terms of most runs in T20Is.

MS Dhoni became India‘s third highest run-scorer in T20Is. During his unbeaten innings of 39 off 22 balls in the ongoing first T20I versus Sri Lanka, Dhoni surpassed Suresh Raina (1,307) to become India’s third-highest run-getter in the shortest format. The first two are Virat Kohli (1,956) and Rohit Sharma (1,502). Dhoni’s current tally stands at 1,319 runs. In the ongoing T20I at Cuttack, India have amassed 180 for 3 amidst dew on a two-paced surface.

Coming into bat at No. 4, Dhoni timed his knock to perfection. He seemed to be struggling against Nuwan Pradeep, but commenced the onslaught following Manish Pandey’s heroics. Dhoni finished the innings with a huge six off Thisara Perera to push India’s total to 180. When he couldn’t time the balls, he made sure to run hard.

Talking about Dhoni’s T20I record, he has a single half-century but still possesses a strike rate of 123.41. By virtue of 37 unbeaten innings, Dhoni averages 36.66. Some of his most memorable innings have come against Australia (2007 World T20 semi-final) and England (56 at Bengaluru in 2017). Apart from his occasional blitz, Dhoni has stood firm to build handy partnerships with the likes of Yuvraj Singh, Kohli, Rohit and Raina in tough chases. 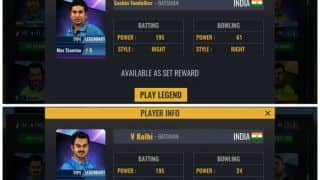 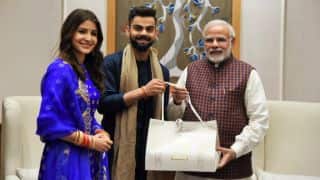