Mumbai: Bollywood actor Sushant Singh Rajput, who essays Mahendra Singh Dhoni in a Bollywood biopic on the Indian cricket team captain’s life, has hailed him as one of the “best sports mind and a great person”. Sushant has stepped into Dhoni’s shoes for the upcoming biopic “M.S. Dhoni – The Untold Story”. After India’s win against Bangladesh in the World Twenty20 tournament, Sushant took to Twitter, saying that making even over a 100 films on the Indian cricket legend is “still not enough”. Full Cricket Scorecard: India vs Australia , 31st T20 Match, Super 10 Group 2, ICC T20 World Cup 2016

“We can make 100 films on you and it will still not be enough. You are one of the best sports mind ever and a great person. We love u MS,” Sushant tweeted on Thursday. The biopic is directed by Neeraj Pandey. For the film, Sushant was trained by former Indian wicketkeeper Kiran More, and he reportedly injured his ribs while practicing the cricketer’s signature ‘helicopter’ shot.  Produced by Fox Star Studios, the film, releasing on September 2, also stars Kiara Advani, Anupam Kher and Herry Tangri. MS Dhoni: The Untold Story teaser released – Watch video

The MS Dhoni biopic is one of the most awaited film of the year and increasing the excitement of the fans a bit more, owner of Rhiti Sports and producer of the film Arun Pandey had earlier reveled the first look of the movie on Wednesday. The Neeraj Pandey directorial had already made news regarding the resemblance of the looks of the reel and real life MS Dhoni. Sushant Singh Rajput plays the lead role in the movie and was earlier seen sweating it out on field to get the perfection of India’s limited -over skipper. 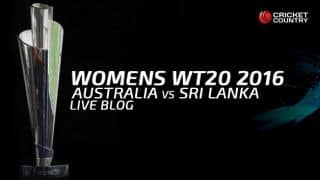