The initial poster of the movie was released on MS Dhoni birthday while the trailer if the biopic was unveiled on August 11.

The MS Dhoni fever is just unstoppable and now the ‘reel’ life Dhoni, Sushant Singh Rajput, is on fire. He has been promoting his movie all over India and has left no stone unturned. Supporting the young actor is the person on whom the biopic has been made – India’s limited-over skipper Dhoni. On Monday, Sushant Sigh unveiled the third poster of the movie ‘MS Dhoni: The Untold Story’ and also added that there are just 38 days to go for the movie to go on floors. The movie is slated to release on September 30. On August 11, Dhoni along with Sushant Singh released the trailer of the biopic in a University. ALSO READ: ‘MS Dhoni: The Untold Story’ trailer released

A story that you simply cannot miss. Here’s the official poster of M.S. Dhoni : The Untold Story! #HappyBirthdayMahi pic.twitter.com/giRaOdFRSC

The actual poster of the movie was unveiled on Dhoni’s birthday on July 7. Knowing the unbelievable fan following he has across the globe, Dhoni’s biopic has already been hailed and appreciated by cricketers and Bollywood celebrities. The star cast has Kiara Advani , Herry Tangri, Anupam Kher, Bhoomika Chawla, Dhoni’s sister and Disha Patani, Dhoni’s first love apart from Sushant. While Kiara will be seen as Sakshi Dhoni, Herry Tangri will play Yuvraj Singh and Anupam Kher will be seen as Pan Singh, Dhoni’s father. ALSO READ: MS Dhoni- The Untold Story: Gripping trailer gives sneak peek of what is in store

The movie has lots to offer ranging from Dhoni’s cricketing career to family and personal life. Apparently, the movie also reveals his love story before he started dating Sakshi. So definitely, lot of excitement is in store.  Meanwhile, Dhoni will be flying to Florida for two Twenty20 International (T20I) series scheduled to be played on August 28 and 29. West Indies will be lead by Carlos Brathwaite while Dhoni will head India. 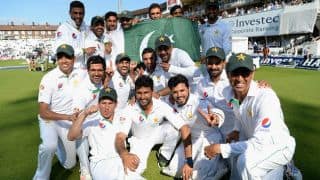 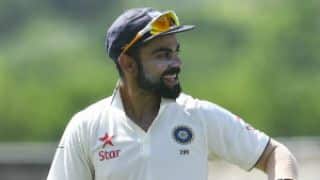