MS Dhoni: There will be players to represent India from Jammu & Kashmir in future

MS Dhoni: There will be players to represent India from Jammu & Kashmir in future

MS Dhoni gave some pep talk in Jammu & Kashmir regarding their rise in the field of sports and backed the players to represent India in future.

MS Dhoni spoke about Jammu & Kashmir‘s rise in the field of sports and backed players from the far north state to represent India in the near future. Dhoni advised the players to put their 100 per cent whenever they play. Apart from sports, Dhoni also asked the young fans to focus on education and co-operate with the Indian army to take the state ahead for a development in the future. Dhoni was surprised with his immense popularity in a remote village, 35 kms from Srinagar, where large crowd gathered to catch his glimpse. FULL CRICKET SCORECARD: India vs Sri Lanka 2017-18, 2nd Test at Nagpur

On sports in J&K

“As far as sports is concerned, it is important to have a platform, but after that the players have to work really hard. Our country is huge and many people play cricket. The aim should be to represent the country for which you have to consistently perform at first class level. Even if there are not such facilities here, but when we were playing it was not that we had many facilities,” said Dhoni during the final of Chinar Cricket Premier League.

On education in J&K

“Not only sports, education is also very important because if you see [in] Kashmir, tourism is one of the main things and if there is unrest, then tourists do not come here. Education is important and having infrastructure is a must so that people study here and then can apply for jobs outside as well. At the end of the day, a person wants to do well with his life and for his family.” MS Dhoni backs Virat Kohli on cramp scheduling

On players representing India from J&K

“There will be players [to represent India] from here in future. There are players here who will play many matches. In IPL, the combination is also seen in a way which team needs what type of combination and accordingly the team is formed. What is important is players give more than 100 per cent and perform well.”

On future development of J&K

“Army is trying its best to do what it can, trying to guide and create infrastructure to the extent it can. For that it is important to support each other. If there is good infrastructure, youth will associate with it and when there is educational infrastructure, then Kashmir’s development will take place. Industries should be set up here so that there is creation of jobs. The focus should not only be on apple farming and tourism but other sectors as well.”

On his experience with fans in J&K

“I would like to thank the cricket fans here and I appreciate the love they showered on me. I have come here after a long time. While I was watching the match, it reminded me of those old days when we used to play on a mat and the same atmosphere prevailed on the ground. It felt good to see the enthusiasm among the players here. I wish to return here with my family as it is a very beautiful place.” 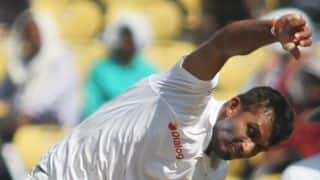 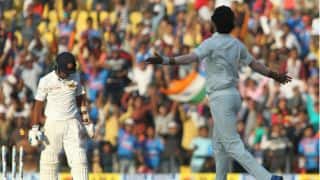