MS Dhoni takes over the reigns of captaincy from Virat Kohli, who led in the first Test.

Mahendra Singh Dhoni will return from injury to lead India in Wednesday’s second Test against Australia in Brisbane, the visiting team said Tuesday

Dhoni, who arrived late for the Australian tour to allow him time to fully recover from a fractured thumb, will take over from Virat Kohli. Kohli scored back-to-back centuries and skippered a bold India run-chase in the opening Adelaide Test before the tourists went down by 48 runs last Saturday.

Dhoni has a poor record as India’s captain in away Tests winning just six out of 28 outside India. If Dhoni loses the three remaining Tests of the series in Australia he will become the most defeated captain away from home in the history of the game.

Australia lead the ongoing four-Test series 1-0 after winning the first Test at Adelaide by 48 runs. 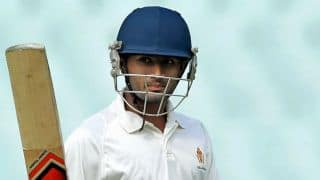