MS Dhoni may get a demotion in terms of top central contracts with the BCCI.

MS Dhoni may get a demotion in terms of top central contracts with the BCCI. He is currently one of the seven cricketers to feature in the A category, and pockets INR 2 crore per annum as per the contract. The players in category B and C earn INR 1 crore and INR 50 crore respectively.

According to reports, a new structure has been proposed for central contracts that is likely to see A + category. The A+ will be the top category and will include cricketers who play in all three formats. Dhoni retired from Tests three years back and therefore is likely to miss out on the top contract.

Virat Kohli, Dhoni and coach Ravi Shastri had met the Committee of Administrators (CoA) to request for pay hike. The Vinod Rai-led CoA has proposed the current structure.

Ravichandran Ashwin and Ravindra Jadeja have not played limited-overs cricket for while but they have not been ruled out from this format. Also, they have been in the Top 5 Bowlers and All-rounders ranking in Tests. They are expected to be placed in the A+ category.

The final decision has not been taken. The proposal will be sent to the BCCI officials, who are expected to chip in with their feedback. The demand for better pay has been going on for some time. Anil Kumble, the former coach, too had been vocal on the subject of pay rise. 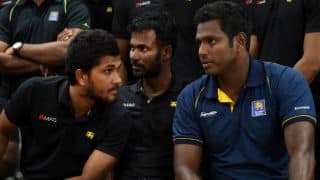