Dhoni was seen dancing with Ziva in a slo-mo video made by his wife Sakshi of the cake-cutting ceremony which also showed allrounder Hardik Pandya and Kedar Jadhav. A side bump on boomerang with Rishabh Pant have already crossed lakhs of views on Instagram.

The 2007 T20 and 2011 World Cup winning skipper was showered with loved and lots of good wishes from former players, teammates and fans on social media.

Recently, Dhoni attracted a lot of stick for his slow batting during the World Cup. But his team led by skipper Virat Kohli has been rock-solid by his side.

Happy birthday Mahi bhai! Everyday spent with you is a chance to learn and grow. Thank you for being one of the biggest role models in my life Swipe left to see the fail one

The BCCI took to Twitter to wish the wicketkeeper-batsman and said: “Four World Cups, four different looks, which one do you like the most? Take a pick. Happy Birthday Dhoni.”

Former Indian opener Virender Sehwag termed Dhoni a wonder in the cricketing world and said, “Seven continents in the world, seven days in a week, seven colours in a rainbow, seven basic musical notes, seven chakras in a human being, seven pheras in marriage, seven wonders of the world, the seventh day of the seventh month — birthday of a wonder of the cricketing world. Happy Birthday Dhoni. May God Bless You.”

Dhoni is the most experienced player in India’s World Cup squad and is still considered to be an integral part of the Virat Kohli-led side. Probably playing in his last 50-over World Cup, Dhoni has been criticised on a number of occasions in the ongoing tournament for his batting approach.

He is the only international captain to have won an ICC 50-over World Cup, T20 World Cup and Champions Trophy. He even led India to the number one ranking in both Test and ODI formats. Trying to stay in the present: Rohit tells Virat after notching up fifth ton in World Cup 2019 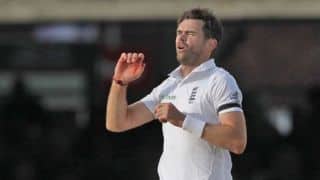