Dhoni will end of as one of the greatest players India have ever produced and honestly it is no big rush, Dean Jones said.

Kolkata: Indian limited overs skipper MS Dhoni may be a shadow of his old self but former Australian batsman Dean Jones feels that the Jharkhand dasher will be “missed more in sub-continental conditions” once he calls time on his illustrious career.While there has been a clamour to elevate Virat Kohli at the top, Jones is against the idea of pushing great players into retirement as Kohli still has a lot of time take over from Dhoni across all formats. “We are pretty quick to push our great players out,” Jones said. FULL CRICKET SCORE: India vs Zimbabwe, 2nd T20I at Harare

What’s Dhoni has done for Indian cricket, let him find his own time. I don’t think Virat is in a huge rush to captain everything (format) at the moment. Time will come. Trust me, you will miss Dhoni a lot more in India, when he retires,” Jones said in an interview to PTI.

Recently, former India team director Ravi Shastri had said the time had come and Kohli was “ready” to lead in all the three formats. “I think that will happen soon. Dhoni will end of as one of the greatest players India have ever produced. Honestly, it is no big rush.”

Dhoni, who has called it quits from the Test format, recently led a second string India to a 3-0 whitewash against a lowly Zimbabwe, his first ODI series triumph in 20 months, since their 2-1 win against the West Indies at home in 2014. READ: MS Dhoni needs to introspect and revise his chasing style

The charismatic skipper, who has all the World titles under his belt, also looked out of sorts in the recently-concluded IPL where his new franchise Rising Pune Supergiants finished seventh out of eight teams.

All this at a time, when Kohli is in the form of his life as the Aussie said he’s the world’s best cricketer at the moment. “Virat is really in a good part of his life. He looks brilliant with the way he’s playing. He’s happy. He is super fit. He’s just a great example for the youth of India. He looks and presents himself as an athlete. More strength to him. I just love watching him play.

“I find him refreshing. I love his charisma. I think he’s got personality. He walks into bat and you have no idea what’s going to happen. He’s just really cool. He is polished, now knows how to finish it off. He is the best player in the world probably now for me,” he said showering praise on the Indian youngster.

Jones further said Kohli has played some good cricket to get past the South African versatile cricketer. “It’s a big thing because I thought AB was up there… You’d to do something ‘stupidly good’ to get past him. He’s got past him over the last year, ever so slightly. To watch Kohli bat is an honour,” said Jones. 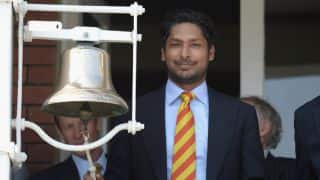 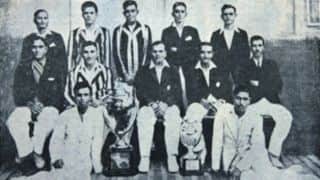