MS Dhoni was brilliant in the just-concluded ODI series in Sri Lanka, where he scored 162 unbeaten runs from 4 innings at a strike rate of over 82.

Will he? Will he not? MS Dhoni’s Dr Jeykll-Mr Hyde form has kept Indian cricket fraternity guessing and speculating about his presence in the 2019 World Cup. Dhoni was brilliant in the recently concluded ODI series in Sri Lanka, where he scored 162 unbeaten runs from 4 innings at a strike rate of over 82. He also proved the fact that he is the best wicketkeeper against spin by being the first cricketer to effect 100 ODI stumpings. India’s head coach Ravi Shastri quashed all doubts saying that the team management cannot even think of removing the former captain. Dhoni at 36 is amongst the fittest players in the group. Shastri cited the same and his current form as a reason.

Shastri has worked with Dhoni as captain in his previous assignment as team director (in between 2014 to 2016). The former Indian all-rounder replaced Anil Kumble as the head coach after the latter resigned due to his indifferences with captain Virat Kohli. Shastri has always been vocal in Dhoni’s support and lauded the Ranchi-based cricketer’s performance in Sri Lanka. He also hailed him as the best wicketkeeper in India in ODIs.

“A player is evaluated on the basis of his current form and fitness and Dhoni has both. If you see his wicketkeeping, he is the best in ODI cricket. His fitness is superb, he batted well in Sri Lanka. And let me tell you, it was just a trailer what you saw in Sri Lanka now wait for the movie. If he continues to play like this, there no question of not having him in the team for the 2019 world cup. You can’t even think of a team without Dhoni,” he added.

Selectors have closed doors on 2 of India’s finest ODI cricketers Yuvraj Singh and Suresh Raina. Shastri assured that the doors are not closed on anyone.

“Doors are not closed. They will be inducted only after they are declared fit. I have a problem. The amount of cricket that we are playing, we need at least 20 to 25 players. It is very difficult for a single player to play all forms of cricket. Players need rest.”

Shastri has spoken to BCCI seeking rest for players after the Australia series.

“It is better that T20 is organised later, since there is hardly any time left between the Sri Lanka series and the South Africa tour. We have to win the first two matches. These will decide the fate of the series. Australia will get a tough challenge. Our bowling attack is strong.”

Earlier, Mohammed Shami mentioned that India were well prepared for Australia’s sledging and Shastri backed his premier pacer. Hailing Kohli, the aggressive skipper, Shastri added, “An aggressive Virat is good for the team. Virat does not like people who do not speak straight. Virat is now fully mature. In cricket, you need to understand your rival team properly, Virat has learnt much and is going to learn more in the next 3-4 years. In the recent Sri Lanka series, we created history, we have to make a new beginning against Australia. If the kangaroos speak loudly, they will get an effective response from us.” 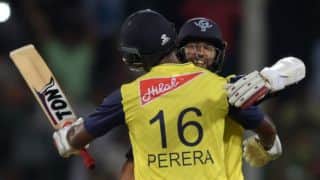