The question still pops on everybody's mind that if MS Dhoni is still fit enough to play the ICC World Cup 2019.

Ravi Shastri believes that MS Dhoni will play until 2019 World Cup. Former Australian captain Michael Clarke added 4 more years to it, saying that Dhoni will play in the 2023 edition.

“Don’t ask me whether he will play in the 2019 World Cup. He will play in 2023.” Certainly a long way to go, but not a surprising comment, especially the kind of form Dhoni has been of late. FULL CRICKET SCORECARD: India vs Australia 2017, 2nd ODI at Kolkata

Nonetheless, speaking on the ongoing India-Australia five match One-Day International (ODI) series, he feels that current Australia skipper Steven Smith will be having a hard time ahead, as it is his captaincy which will be challenged in the coming days. Clarke also feels that Smith should defy all odds and come out with a way as well as plan to get Australia out of the tough situation and stage a comeback in the series. The Australian team is going through a tough phase, after having drawn the two-Test series against hosts Bangladesh in August.

“Smith’s batting has been outstanding for a long time but his captaincy is challenged now. He needs to define the way for his team to have success. It’s high time that Australia make a comeback. I think this is the match that will decide the course of the series,” said Clarke on Tuesday in Kolkata. He also spoke on India’s Chinaman spinner Kuldeep Yadav, and his impact with the ball so far. “He is an attacking bowler. His control as a wrist spinner from the back of his hand is amazing and is his strength. He has got all the skills, spins both ways, bowls long spells. He did well in the Test series,” said Clarke.

However, he concluded by speaking on David Warner being back amongst the run-scorers. “He got centuries in Bangladesh… It is hard to overlook him by seeing his performance in one game. He will find ways to score, he always does. He will have lot of impact in the series. He and Smith will be the leading scorers for Australia in the series. Hopefully, they start scoring from Kolkata.” 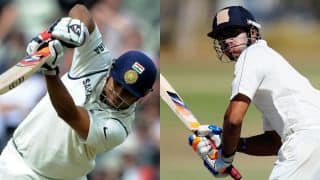