MS Dhoni was slammed by the media and former players after India's poor showing in New Zealand.

What went wrong with the Indian cricket team on their just concluded tour to New Zealand? A ritualistic post-mortem has greeted the team when it returned home.

It has to, as usual, start at the top. Should Mahendra Singh Dhoni continue as captain after his team’s string of defeats overseas in the last couple of years? Does he deserve a place in the Test eleven as a wicketkeeper-batsman? Above all, have India the stomach to fight it out overseas?

The jury is still out. Some former captains want Dhoni to stay because the ICC World Cup 2015 is barely a year away and he deserves to defend the Cup he won for India after 28 years. Some others want him to go from the Test side to start with, suddenly finding him too defensive after hailing him as an imaginative and innovative leader not very long ago!

The lone former India captain who was a witness to the happenings in the series from the ringside seat as a commentator takes a charitable view, saying the captain is only as good as his team even as he took potshots at India’s super-power status in world cricket. Sunil Gavaskar should know, having been part of the musical chairs in his playing days with Kapil Dev.

The “remove captain” campaign is a sickeningly old pastime. Before the advent of the 24X7 television channels and their TRPs, some of the broadsheet newspapers took on the role of tabloids by going to town with polls for getting the captain sacked after a couple of disastrous tours overseas.

Those were the days when an overseas defeat was not deemed serious enough to dump a captain. In the last decade or so, the Indian cricket fan has started believing that the team can win overseas, more so in the 21st century, though India won a Test in Australia way back in 1980-81 and rain deprived them a series-win the next time they were down under in 1985-86. Of course, they narrowly lost to Kerry-Packer-hit Australia 2-3 in the 1977-78 series.

Nowadays the decision to appoint or remove a captain is no longer in the hands of the paid national selectors and they don’t complain too much either if their decision is overturned unless the selector happens to be a Mohinder Amarnath, who paid with his job for asking for Dhoni’s head a year ago.

There was a time the board had more than one selector who happened to be a powerful cricket administrator. Unlike in the days of gentlemen cricketer-administrators like Ghulam Ahmed, who could be trusted with any role, today the selectors are on the board’s roster on a fat salary. They constantly keep looking over their shoulders to check whether their acts are likely to annoy the powerful board bosses.

Captains and coaches in the last two decades have been removed at the specific request or complaints of the ‘khalifas’ in the team. Even Kapil Dev and Sandip Patil could not escape the wrath of the senior players when they were coaches. Gavaskar was smart enough not to accept the role after briefly holding the baby in Sharjah when Ajit Wadekar had a sudden health problem.

Then came a phase when the players helplessly watched captains gain enormous powers with the backing of powerful board officials.

There was that comic story of a tobacco-chewing national selector apparently going out of the meeting for a spit, but actually stepping out to call the board chief to alert him that his colleagues had decided to dump the captain. By the time he returned to the meeting the chairman had changed his mind after getting a call from the chief!

There was a time when fringe players sought transfers to the state association presided over by a powerful board official and some of them did get a national call.

The scene is more or less the same now, except this time the state association is different. Today a player need not play for the state, it is enough if he is a member of the Indian Premier League (IPL) side led by the national captain to find a place in the India squad.

The Indian captain is not only the captain of the IPL side, but he is also a top executive of the company that owns it. What chance do the selectors have to even suggest that he be replaced?

Dhoni himself has somewhat defused the situation by pulling out of the Asia Cup 2014 with a side strain. With nine more overseas Tests coming up in England and Australia, he himself might take a call sooner than later. He had already dropped hints last year that he may not play in all three formats for long.

Interestingly, the reactions to India’s showing in the antipodes, too, are predictable. All those who are opposed to India hijacking the International Cricket Council (ICC) in the name of reforms are drawing vicarious delight in seeing India lose the records-filled two-Test series 0-1.

There has been widespread media criticism in New Zealand, as in some other parts of the world, of the manner in which India, in the company of England and Australia, sought to ride roughshod over poorer boards and dubbed its administrators “arrogant jerks”.

While New Zealand Cricket (NZC) counted its dollars under the new dispensation, their cricketers showed they are well worth the megabucks on cricketing merit.

NZC stands to benefit to the tune of $70-100 million from the ICC revenues as against $2 million now! Others are also seeing virtues in falling in line. That’s cricket!

(Veturi Srivatsa is the Sports Editor of IANS. The views expressed are personal. He can be contacted at v.srivatsa@ians.in) 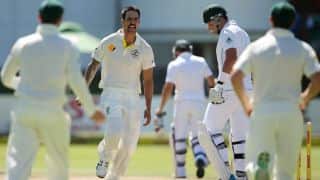 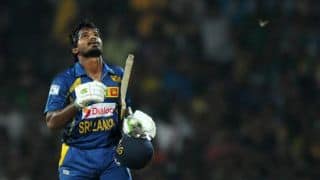