Dhoni has been top form in the ongoing ODI series against Sri Lanka, having scored unbeaten 45, 67 and 49 in his last three innings.

Colombo: India head coach Ravi Shastri today dispelled doubts about Mahendra Singh Dhoni‘s future, stating that the stalwart is not even “half finished yet” and is very much in the scheme of things for the 2019 World Cup in England. Dhoni has been top form in the ongoing ODI series against Sri Lanka, having scored unbeaten 45, 67 and 49 in his last three innings including the one he played in his 300th ODI on Thursday.

Shastri said that the India is set on the path of experimentation and rotation ahead of the 2019 World Cup but the 36-year-old Dhoni remains firmly in their plans. “MS Dhoni is a massive influence on the team. He is a living legend in the dressing room and an ornament to the game. By no means or by any stretch of imagination he is finished or even half finished yet,” Shastri told PTI today.

“If anyone thinks so, they are mistaken and they have another one coming. There are in for some surprises. The old dog has plenty to offer,” he said. Dhoni remains the best wicketkeeper in the country by some distance, said the head coach. “How do you pick players? When they are good, and Dhoni is the best limited-overs keeper in the country. Forget his batting stats, what else do you want. Just because he has played for so many years, you are thinking about a replacement?

“He is the best in the country. Would you look to replace Sunil Gavaskar when he was 36 years old or Sachin Tendulkar when he was 36? Dhoni is still the best in the business, so what is the need to even entertain those thoughts,” he asked. Shastri underlined that experimentation and rotation will be the key going forward as India will play in excess of 40 limited-overs matches before the next World Cup.

He also endorsed the selectors’ decision to keep fitness as the primary criterion for selection in this process. “ODIs are where we will experiment. Winning and losing will not matter so much. Of course, you play to win but we have to try all possible combinations. It is a long way to go until the World Cup and we want to take one series at a time.

“Most of our players have played in this series already, and the endeavour will be to rotate the players giving everyone enough opportunity. So that when we have 12-15 months to go for the World Cup, we have a nucleus of about 18-20 players in place. And we can then choose from this group just before the World Cup begins.

“Obviously form will be important before that too, but the nucleus will be pretty much in place, he said.

Shastri further said no compromise will be made on fitness.

“We want the best fielding side on the park. That’s it.

So how do you become the best fielding side on the park? Fitness. And that’s why there have been parameters set.

“My job is not to get involved in selection ever because I want my players to trust me. That’s the job of selectors. They watch more cricket and they see it the year around. If anyone fits into their parameters, depending on their form, then on the cricket field, they are available for selection.”

When pointedly asked if fitness parameters could see big names as Yuvraj Singh and Suresh Raina dropped from World Cup plans, the coach nodded in agreement and said,”Yes. When there are parameters put in place and that’s the vision of the team, then everyone has to fit into those parameters. It is as simple as that.”

Shastri’s reign as full-time coach has seen a winning start for team India as they won a second consecutive Test series in Sri Lanka and now have already wrapped up the ODI series in dominant style.

The coach though has his sights firmly on the overseas schedule coming up.

“When you are playing the same opposition so much, and travelling so much, it could lead to mental fatigue. The challenge is to keep yourself motivated and hungry. While there is a lot of limited-overs cricket to be played in the next two years, at the same time, don t forget, there is a heck of a lot of Test cricket as well,” said Shastri.

He said India have the potential to win all around the world.

“If you look at world cricket today, there is not one team in the world that travels well. Not a single one, but India can be that team. And we are already doing it bit by bit.

“If you look at last three years, we are starting to travel well. We won the ODI series in England in 2014. We whitewashed Australia (3-0 in the T20 series in 2016), and I don’t even remember which team has ever done that in Australia. We have back-to-back series here in Sri Lanka. We won the Asia Cup last year. So this young side has already had a lot of ‘firsts’ overseas.”

The likes of Ashwin and Cheteshwar Pujara are away in England playing out the last weeks of the County Championship.

Shastri confirmed that Ishant Sharma will be joining them soon, and added that he would like to see more fast bowlers as well as top-order batsmen make their way to the County circuit, especially before the Test series in England next summer.

“I am all for that. Pujara, Ashwin and now Ishant is also going, I think he is joining Kent. These are vital and key players in our team. The more players go, the merrier. I would like to see a couple more of fast bowlers going there.

“Zaheer Khan went there for a couple seasons to Worcestershire and he was a changed bowler. So I would love to see Umesh Yadav or Mohammed Shami going there, even if for short periods,” said the coach.

“And why just the bowlers, the batsmen should go too.

If they want to before the tour, be it Virat Kohli, Shikhar Dhawan, Rohit Sharma or others, I am all for it,” he signed off. 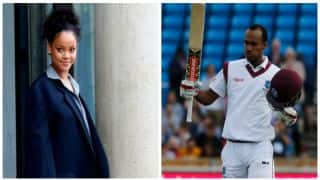 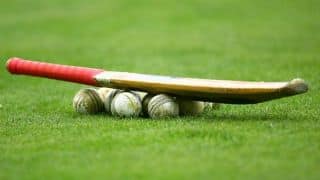