Mahendra Singh Dhoni invited all his Chennai Super Kings (CSK) team mates and members of the team a day before the match against Kolkata Knight Riders (KKR) at Ranchi at his home for a party in the Indian Premier League (IPL) 2014. The foreign players enjoyed the local cuisine and the party hosted by the captain.

The team were celebrating the birthday of Faf du Plessis’ wife and were amazed by the local dish ‘Litti Chokha’ which is very famous in Dhoni’s hometown and is a speciality of his locality. All the foreign players favoured the dish in the elaborate menu. Stephen Fleming, coach of Chennai even asked Dhoni how the dish was made reported Hindustan Times.

One of the cooks at Dhoni’s residence, said, “Sabhi videshi khiladi litti chokha bahut pasand kar rahe the. Dhoni sir sabhi ko litti chokha ke bare main bata rahe the.” (Litti Chokha was the favourite dish of all the foreign players at the party. Dhoni was explaining to them its ingredients and preparation.)

Chennai has now won five games out of the six games and after losing the first game have won all their games. Ranchi is the home ground of Chennai for two games in the IPL. 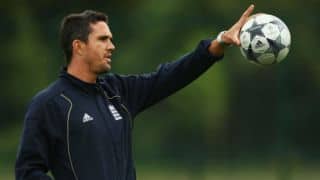