He has caught behind the wicket 244 catches and has stumped 85 batsmen.

New Delhi: Days before India play Australia in the World Cup semi-final at Sydney, the iconic bat of Indian captain Mahendra Singh Dhoni with which he hit the winning six in the 2011 World Cup final has been put on display at Bengali Market here. ICC Cricket World Cup 2015: SCHEDULE & MATCH DETAILS

The bat entered the Guinness World Records and the Limca Book of Records after it was sold for 100,000 pounds on July 18, 2011. The current market value of the willow is estimated at Rs.1 crore.

The bat was bought by Amit Bhagchandka, chief executive officer (CEO) of R.K. Global, a financial broking firm. Dhoni then autographed the bat.

A Dhoni fan, Bhagchandka told IANS: “The bat may be in possession of R.K. Global but it will forever remain Dhoni’s property. We consider ourselves the custodian of his legacy.” Top 10 batsmen in ICC Cricket World Cup 2015

“Winning the 2011 World Cup was very overwhelming. From childhood we had only seen pictures of Kapil Dev lifting the (1983) trophy. Dhoni gave us a chance to witness history in the making.”

Asked whether he would buy the captain’s bat again if India wins the 2015 edition, Bhagchandka said: “Yes, I would buy it without any doubt. Let’s hope we return as winners. This time we have 11 Super Heroes representing India.” Top 10 bowlers in ICC Cricket World Cup 2015

The Delhi-based entrepreneur plans to go to Australia to support the team in the World Cup semi-final and, if India progress, in the final too.

Bhagchandka is all praise for the wicket keeper-batsman. “Dhoni is a very humble person and his down-to-earth persona makes everyone love him.”

The man should know. Since he bought the Dhoni bat, the Indian skipper has become a friend. Bhagchandka is confident that India will beat Australia in the semis and take on South Africa in the final. Top 10 fielders in ICC Cricket World Cup 2015

In the 2011 Cup final, Dhoni smashed the ball for a six over long on off Sri Lankan pacer Nuwan Kulasekara to win the mega event for India after 28 long years. Top 10 wicketkeepers in ICC Cricket World Cup 2015

Kapil Dev had raised India’s maiden Cup aloft at Lord’s Cricket Ground in 1983. Since he joined Team India in 2004, the Ranchi-based Dhoni has emerged one of the world’s most successful cricket captains.

He is the only captain who has won all the three major ICC events: World Cup, Champions Trophy and World T20. Dhoni is also the only player to be awarded the ICC ODI Player of the Year — in 2008 and 2009. 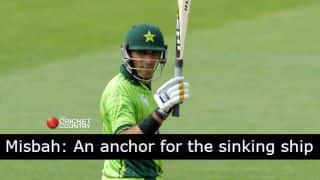 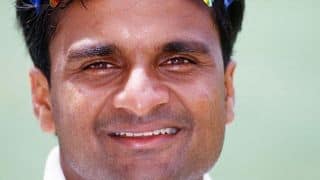