In his new look, he is sporting a beard and cannot be recognised. 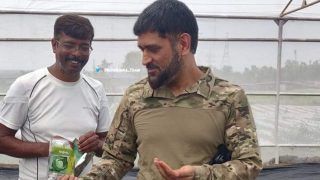 From his long-hair days to going all bald, former India skipper MS Dhoni is known to experiment with his looks. But his new avatar could actually stump you. In one of his fan pages on Twitter, a picture of Dhoni’s latest look surfaced and it looks different from what we are used to seeing. In his new look, he is sporting a beard and cannot be recognised.

Dhoni – who has not played a single match since India’s 2019 Cricket World Cup exit – was slated to make a comeback in the cash-rich Indian Premier League – which has now been postponed indefinitely due to the Coronavirus pandemic.

Dhoni, who is going to turn 39 on July 7 was unusually trending on Twitter on Saturday evening, which is a testament of his undying popularity among his fans. He has been spending his time with his family and that is how he is keeping himself busy during the testing times.

Earlier in the day, a video surfaced on the internet where Dhoni can be seen driving a tractor and is doing some organic farming in his Ranchi farmhouse. With no IPL, Dhoni is finding ways to keep himself busy. 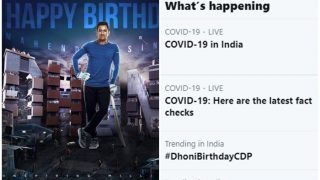 Amid Coronavirus, Locust Attack And India-China Tension Here is Why MS Dhoni is Trending on Twitter 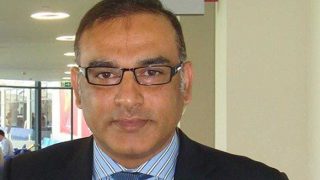