Dhoni ended the World Cup with 273 runs in eight innings including a half-century in the semi-final.

Immediately after India went down to New Zealand in the semi-finals of the ICC Cricket World Cup 2019, rumour mills began buzzing about MS Dhoni’s retirement from international cricket fast approaching.

Though Dhoni’s hasn’t made an official statement with regards to his plans to continue, he has reportedly expressed his desire to continue playing with some officials.

A BCCI official told PTI: “We have not heard from Dhoni but what is relevant is the communication between the player and selectors. If you ask me, Dhoni did well in the World Cup but he is his own man. Only he can decide whether he wants to carry on or not.”

Amidst the chatter of Dhoni’s retirement, his childhood coach from Ranchi, Keshav Banerjee revealed that the former captain’s parents don’t want him to play for the national team anymore. (ALSO READ: MS Dhoni could join BJP after retirement)

“Dhoni’s parents told me that the entire media is saying that he should retire, and we feel they’re right. They said we can’t handle this big property anymore,” Banerjee said in an interview to Sports Tak after he visited the wicketkeeper-batsman’s family at their home on Sunday.

Banerjee then said that he told them, “You’ve handled it for so long – around 10 to 12 years. You can do it another year.”

In fact, Banerjee also said that he told Dhoni’s parents that the 38-year-old should play for another year until the T20 World Cup scheduled to be played in Australia in 2020. (ALSO READ: India vs West Indies: MS Dhoni will not tour, set to groom Rishabh Pant henceforth – report)

However, when it comes to Dhoni, you never know. With India’s squad for the West Indies tour to be named on July 19, it has emerged that Dhoni may not be part of it. Instead, it is surmised, Rishabh Pant will be groomed by Dhoni, who ended the World Cup with 273 runs in eight innings including a half-century in the semi-final, himself to take over as first-choice wicketkeeper. 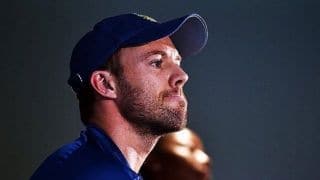 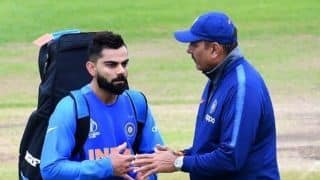 Virat Kohli not to have any say in coach’s selection