"Dhoni's struggle was understandable because when confronted with an impossible situation, the options get limited and the mind becomes negative."

India faced an embarrassing defeat in the second ODI against England at Lord s, London when they lost by 86 runs chasing 323.India lost early wickets but Virat Kohli and Suresh Raina steadied the ship but could not increase the run-rate. Kohli fought hard with his innings of 45 off 56 but sadly could not take India home. It was all to MS Dhoni after that who is known for his finishing skills. He came to bat when India was 140 for 4. He started his innings slow and was expected to make it up for that in the end, but maybe he waited too long for it. He scored 37 off 59 with only 2 fours and a poor strike rate of 62.71 before getting out in the 47th over.

Talking on this Sunil Gavaskar has backed Dhoni and even stated the innings reminded him of his World Cup innings at the same venue. Gavaskar was unbeaten of 36 off 174 in 60 overs chasing 334 against England.

“Dhoni’s struggle was understandable because when confronted with an impossible situation, the options get limited and the mind becomes negative. Then all the good shots go straight to the fielder to add to the dot balls and the pressure becomes too much. Dhoni’s struggle reminded me of my most infamous innings at the same venue,” Gavaskar wrote for TOI.

However, Gavaskar belives India can bounce back in the series decider. “There is no need to panic though as India can turn it around with some disciplined bowling and building partnerships while batting. What Lord’s has shown though is that England are the No. 1 side for a reason and that India will have to lift their game to win the series.” 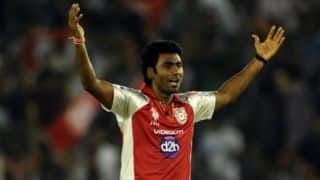