With these surprising names in the selection panel, especially Prasad as the chairman has made him trend on Twitter.

As expected, Board of Control for Cricket in India (BCCI) has announced their new selection panel for Indian team. One of the surprising picks was of Mannava Sri Kanth Prasad also known as MSK Prasad, while Ajar Shirke remains the secretary of the board after the Annual General Meeting (AGM) on Tuesday. Prasad is a former Indian wicketkeeper-batsman and replaced Sandeep Patil in the selection panel as the chairman of selectors. He will represent South Zone in five-man senior selection panel. Earlier, there was a bit of confusion over the names as there initial reports suggested that Venkatesh Prasad was conferred with this new role. It may be probably because of the same last names that they share.

Apart from Prasad, four other selectors are Sarandeep Singh from North Zone, Gagan Khoda from Central Zone, Devang Gandhi from East Zone and Jatin Paranjpe from East Zone. From all these five selectors, Prasad holds the strongest credentials with 6 Tests to his name, while Pranjpe and Khoda never played Tests for India. BCCI seems to be in no mood to apply Justice RM Lodha suggestions over selection Panel as they suggested to choose candidates who have played who have represented in Test cricket for India.

It will be surely interesting to see how these selectors work in future, which is expected to start with India’s squad for One-Day series against New Zealand followed by Test series against England and Australia.

With these surprising names in the selection panel, especially Prasad as the chairman has made him trend on Twitter. Let us take a look at few reactions from social zone on the selection of selectors for Indian Cricket Team.

MSK Prasad is chief of selectors at BCCI? Is this for real? Frankly tell how many of you actually remembered him? — Debarati Majumder (@debarati_m) September 21, 2016

Almost all major news organizations reported Venkatesh Prasad as new chairman of @BCCI sel committee, though it turns out to be MSK Prasad

Selectors or Sidekicks?As MSK Prasad and others in Selection Committee hv a combined experience of just 13 tests #BCCI bosses to call shots

OH hang on MSK Prasad chief selector and not Venkatesh Prasad. Media is a complete joke now a days. 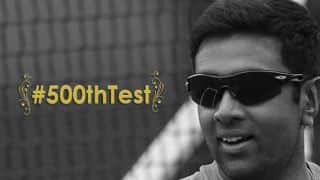