The U-19 squad will be led by Naveen-ul-Haq.

Mujeeb Zadran, the first men s player born in 21st century to play international cricket, will now play for Afghanistan Under-19s squad for the upcoming Under-19 World Cup. After having a stupendous Under-19 Asia Cup, Mujeeb shot to further fame during the first ODI against Ireland at Sharjah. He ended with a four-wicket haul and became the second-youngest cricketer to win Man of the Match in ODIs, after Shahid Afridi.

The Under-19 squad will be led by Naveen-ul-Haq. Naveen has played two ODIs against Bangladesh in 2016 but no international cricket thereafter. However, he has been a regular in Afghanistan domestic cricket. Another prominent name from the squad is of Baheer Shah, the 18-year old who had scored 1,096 runs in 7 matches at 121.78 for Speen Ghar Region including scores of 256* and 303*. It was the second-highest score by a debutant in the history of First-Class cricket.

Another notable name in the squad is 18-year-old Zahir Khan, the second highest wicket-taker in the Intercontinental Cup scalping 31 wickets in 6 matches.

Afghanistan are placed in Group D along with Pakistan, Sri Lanka and Ireland. The tournament will be held in New Zealand. It starts January 13, with the inaugural match being held between Afghanistan and Pakistan. 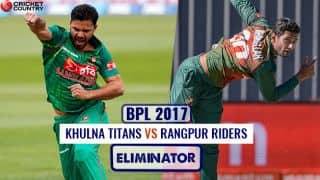 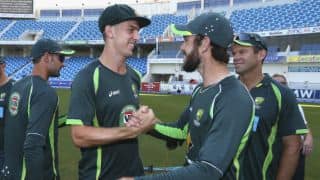