The directions came after the MCA told a bench of Justices Shantanu Kemkar and M S Karnik that it was willing to implement the Lodha Committee’s recommendations, and had called for a meeting on April 16. “There is nothing wrong in that (direction). We have to accept it, we have to honour that judgement (direction) and if we are eligible, we are ready to work under them,” a senior MCA official told PTI.

Meanwhile, former MCA Managing Committee member Ravi Mandrekar termed the judgement as “fantastic”. “Fantastic (decision), the Judges realised that MCA is unnecessarily delaying adopting the Lodha report,” quipped Mandrekar. The court took note of the suggestion of the BCCI to follow the model adopted by the Delhi High Court and the Andhra Pradesh High Court of appointing administrators for the Delhi and Hyderabad cricket associations, respectively.

The bench was hearing a writ petition seeking that the MCA’s managing committee be dissolved over non-implementation of the recommendations made in the Justice R M Lodha Committee report. 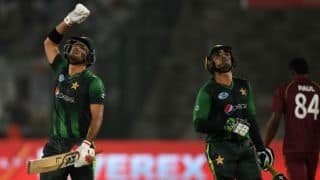