In what turned out to be a complete mismatch, Mumbai on Saturday trounced a hapless Delhi by 140 runs and advanced to the final of the Vijay Hazare Trophy, in progress. 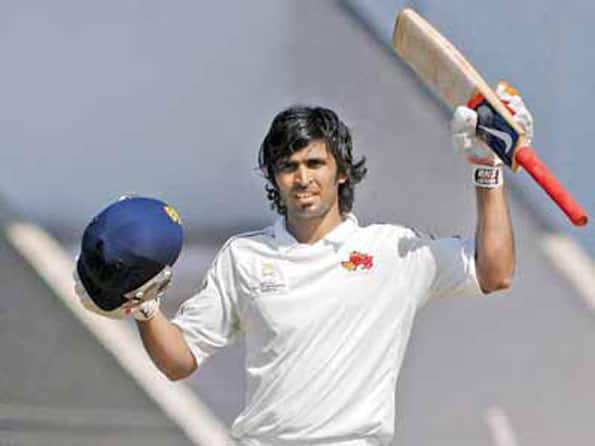 In what turned out to be a complete mismatch, Mumbai on Saturday trounced a hapless Delhi by 140 runs and advanced to the final of the Vijay Hazare Trophy, in progress.

The former champions will take on Bengal, who saw off Punjab, in the title clash on March 12.

Opener Wasim Jaffer laid the foundation with a solid 92, which came off 110 balls, but it was Abhishek Nayar’s belligerent knock of 72 off a mere 41 deliveries, which propelled Mumbai to a commanding 295 for five at the Feroz Shah Kotla here.

Though it was on the slower side in the second session, the pitch played much better compared to the previous matches, but Delhi buckled under pressure and were never really in the chase.

Lack of discretion on the part of their recognised batsmen — they got out due to poor shot selection — only added to Delhi’s woes.

The Mumbaikars, on the other hand, were disciplined and stuck to the task on hand.

Electing to bat, Jaffer and Ajinkya Rahane (42 off 59 balls; 6×4) gave the visitors a sedate start, putting on 72 runs for the first wicket in just under 19 overs.

A well-set Rahane had himself to blame for giving away his wicket, as he jumped down the pitch without getting to the line of the ball.

Sushant Marathe did not last long but Jaffer managed to stitch a half-century partnership with Anup Revandkar (22), who played in for the injured Suryakumar Yadav.

Jaffer was prolific in the batting powerplay as he collected five boundaries in six balls, four of them off spinner Varun Sood.

There were two fours down the fine leg, one through the square leg region and one inside-out hit over extra cover.

The onslaught did not end there as Jaffer lofted Parvinder Awana over midwicket. (PTI)

CSA likely to be probed by South African Revenue Services