Mumbai Indians skipper Harbhajan Singh won the toss and elected to bowl against Chennai Super Kings in their Indian Premier League (IPL) 2012 match at the Wankhede Stadium in Mumbai on Sunday. 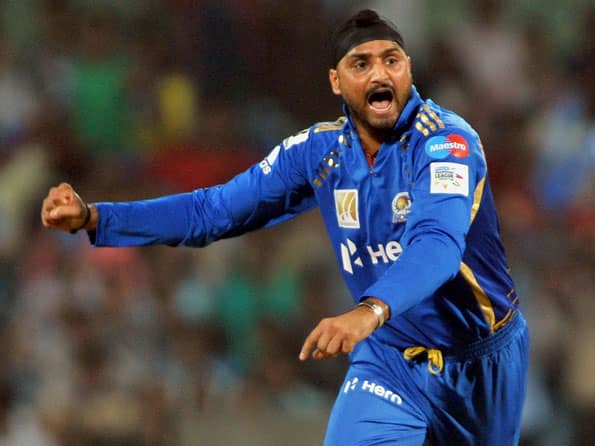 Mumbai Indians skipper Harbhajan Singh won the toss and elected to bowl against Chennai Super Kings in their Indian Premier League (IPL) 2012 match at the Wankhede Stadium in Mumbai on Sunday.

The Super Kings, the title holders for the last two years, and last year’s Champions League winners Mumbai, have endured mixed fortunes leading up to the return leg and significantly have dusted off their losing run ahead of the match.

The Super Kings would be thirsting for revenge not only for the comprehensive loss suffered in the first leg match which kicked off IPL 5 just over a month ago in their backyard but also to end MI’s three-match winning streak against them beginning with the IPL encounter here on April 22, 2011 that the hosts won by eight runs.

In between the two IPL encounters that the two contested over the last two seasons came the CLT20 League clash on September 24 in Chennai which also went in favour of MI by a margin of three wickets and overall MI have the edge with a 5-4 record in IPL.

These two teams, with the two-best winning percentage among all teams in IPL would thus square off in battle-hardened fashion with MI eager to stamp their superiority for the second time after their eight-wicket thrashing of the defending champions on April 4.

Both the teams are confronted with a wobbly batting order, their perceived strengths over the last few seasons.

While MI have struggled to put up a decent score on occasions, having been restricted to scores of 92, 101 and 120, the Super Kings have also not really set things on fire with a batting line-up boasting of the likes of Suresh Raina and captain Mahendra Singh Dhoni.