Under pressure after losing their respective first matches, Mumbai Indians (MI) and Southern Express face-off in the fourth qualifying match of the Champions League T20 2014 (CLT20). The Express lost by seven wickets to Northern Knights while Lahore Lions beat Mumbai on a tight contest.

Mumbai will have to fix their top-order batting issues. They lost three wickets inside the first powerplay batting first and ended up giving away the Lahore the control of the match. Mumbai bowlers did well to keep a star Lions batting in check which took the match down the wire.

The Southern Express did not look like a top quality side in their short match against the Knights. There is too much dependence on selected players. One of them is Kusal Perera. The Jayasuriya-like batsman gave them a brisk start but failed to see his team till the end. This resulted in Express losing steam towards the end of the stipulated 10 overs. 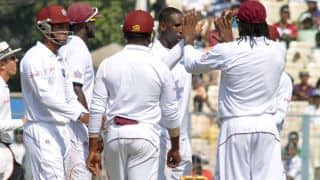