Earlier, SRH managed to score 177 in their 20 overs, thanks to wonderful batting from Shikhar Dhawan, David Warner and Yuvraj Singh

Chasing 178, Mumbai Indians have been found wanting, losing 5 wickets for a mere 30 runs. Their collapse was started from the first over, with Bhuvaneshwar Kumar removing Parthiv Patel for 0. Soon, Nehra scalped 3 wickets in quick succession, removing the in-form Rohit Sharma and Ambati Rayudu, before scalping a dangerous Jos Buttler. Soon, Barinder Sran came into the attack, and followed suit of lead bowlers by removing Krunal Pandya for 17. At the crease after the dismal period were Kieron Pollard and Hardik Pandya, with 148 more runs to win. The wickets fell even before the star man for SRH, Mustafizur came into bowl. LIVE SCORECARD: Mumbai Indians vs Sunrisers Hyderabad, IPL 2016, Match 37 at Vishakapatnam

Having put into bat, David Warner took on the bowlers, scoring boundaries at will. But intelligent bowling from Harbhajan Singh removed the SRH skipper for 48. Next, Kane Williamson came, but went back quickly, with Rohit taking an brilliant catch. Out came into the crease Yuvraj, who was playing his 2nd game back from injury.

Taking their time, Dhawan and Yuvraj paced the innings well, taking the score to 102-2 after 14 overs. The final 6 overs produced some wonderful power hitting, as both the batsmen up the ante, taking on every bowler. Dhawan especially turned aggressive after reaching his half-century. Yuvraj also showed signs of old-self with some great cricketing shots as well as power hits. Despite getting out in the final over, damage was done by Yuvraj, as SRH reached 177 in their 20 overs. 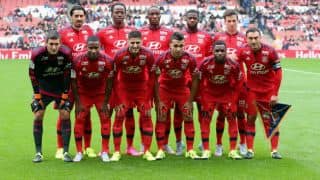