Former Australia skipper Ricky Ponting today assured that the infamous "Monekygate" episode won't have an effect on the Mumbai Indians dressing room as he gears up to lead Mumbai Indians in the sixth edition of IPL. 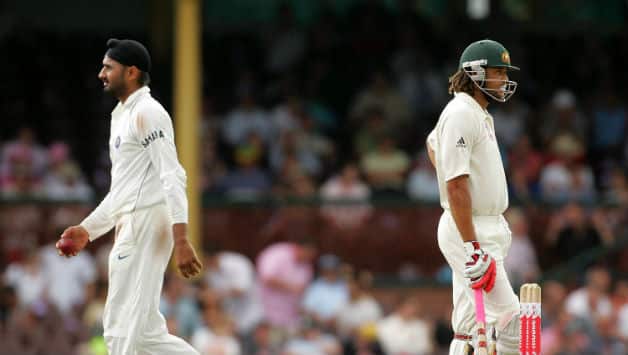 Former Australia skipper Ricky Ponting today assured that the infamous “Monkeygate” episode won’t have an effect on the Mumbai Indians dressing room as he gears up to lead the team in the sixth edition of IPL.

“No, no. We are all friends for the next few months. That’s one thing I have made very clear to the guys already. Sachin [Tendulkar] and Harbhajan [Singh] have not been around the team yet. We will meet up with those guys. We are one, the Mumbai Indians are one,” said Ponting at his first media conference ahead of the IPL franchise team’s campaign in season 6 of the cash-rich T20 League commencing on April 3.

“I want to play well and captain the side well. I will not leave any stone unturned as far as preparation of team is concerned and ensure that everything we do is for one another,” Ponting, who has retired from international cricket, said.

The Australians complained that Harbhajan allegedly called Symonds a “monkey” during day three of the second Test of the 2007-08 controversy-marred series.

ICC match referee for the series, Mike Procter, slapped a three-Test ban on Harbhajan following a hearing but the decision was overturned when the Indian off spinner appealed against the decision.