The Mumbai Indians made heavy weather of what could have been an easier chase against the Delhi Daredevils at the Feroz Shah Kotla in Delhi. However, in the end, the visitors won by eight wickets in the 17th over of the innings, chasing down a paltry 96 for the win. 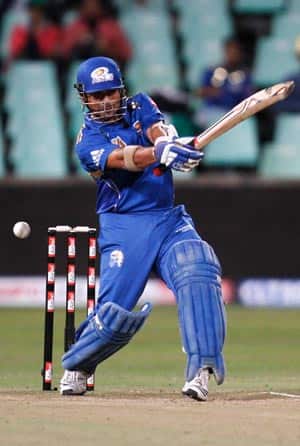 The Mumbai Indians made heavy weather of what could have been an easier chase against the Delhi Daredevils at the Feroz Shah Kotla in Delhi. However, in the end, the visitors won by eight wickets in the 17th over of the innings, chasing down a paltry 96 for the win.

Mumbai Indians had a sluggish start to their innings. Ashok Dinda conceded only one off the first over of the innings, before Davy Jacobs was cleaned up by Morne Morkel in the second over. Ambati Rayadu scored 14 and his partnership with Sachin Tendulkar yielded 30 runs but it was a slowish stand, made more difficult by the track that was of the nature that the Kotla track usually is.

Tendulkar was dropped once, a difficult chance for Sehwag in the slips and then a run-out chance was missed. However, at the other end, Roelof van der Merwe effected a run-out that was probably one of the best ever in this format of the game.

Rayadu hit Irfan Pathan towards van der Merwe who was within the ring on the off-side and the fielder dived behind him, retrieved the ball and from that awkward position threw the stumps down – finding the batsman short of the crease.

By this time, the runs had dropped down to trickle and Mumbai Indians were 48 for 2 in 10 overs, half the target in half the overs. It needed one over of freeing themselves from the clutches of some good bowling and that came in the 12th when Rohit Sharma smacked three boundaries off Morkel.

With the momentum back in the favour of Mumbai, there was no looking back and Tendulkar and Rohit Sharma guided the team to an easy win in the end.

Earlier, Lasith Malinga seemed to have begun from where he left off in the World Cup game against Kenya. There were yorkers and then there were more yorkers, sprinkled gently with the slower ones and that did the trick for the fuzzy-haired bowler. The first couple of wickets of David Warner and Unmukt Chand were extracted in the first over that he sent down, before bowling a maiden over at Virender Sehwag and returning back in the slog overs to get three more.

In between all this mayhem, there was some good fielding by Sachin Tendulkar and Rajgopal Satish that got the side a couple of run-outs and some sensible batting from Naman Ojha and Venugopal Rao in the middle. Ojha made 29 and Rao scored 26, as they doubled their score from 40 for 4 to 82 without any further loss.

Then, Ali Murtaza got Ojha spooning one to the long-off and Irfan Pathan was run-out for duck before Malinga completed the last rites with his unplayable deliveries to end with a five wicket haul.

Virender Sehwag was the next best scorer with 19, and for once, his was a more sensible innings in the game. He got off with a six in the very first over of the game sent down by Harbhajan Singh but once the first two wickets fell, he tried to keep Malinga away by playing out a maiden. Unfortunately, he failed to beat the throw from Sachin Tendulkar and was run-out. That was the beginning of the end for the Daredevils. 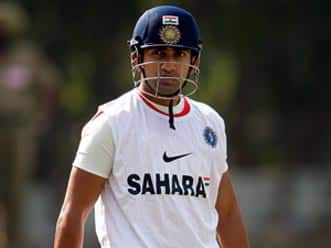