According to one-state-one-vote rule, Vidarbha, Mumbai, Saurashtra and Baroda s Full Member status is set to end with MCA & GCA retaining their right from Maharashtra & Gujarat.

The Supreme Court (SC) appointed Committee of Administrators (COA) to run the Board of Control for Cricket in India (BCCI) has finalised major changes in the BCCI constitution, a report in Indian Express has said. According to the new proposed constitution, 41-time Ranji Trophy champions Mumbai are set to lose their status of a Full Member, while all the north-eastern states, Bihar, Telangana and Uttarakhand are set to get Full Membership status. It also means that the nine-year cumulative clause for an office-bearer will not be calculated separately in the cricket board and state association, suggesting someone who has completed nine years either in the BCCI or a state association will no longer be eligible for a cricket administrator s role.

The report further claims that clauses which confirm the 70-year upper age limit and the three-year cooling off period as proposed by the Lodha Committee and accepted by the SC, have also been uploaded on the BCCI s official website. Maharashtra Cricket Association (MCA) and Gujarat Cricket Association (GCA) have been picked from their respective states as per one-state-one-vote rule, thus ending Vidarbha, Mumbai, Saurashtra and Baroda s Full Member status. Its founder members like Cricket Club of India (CCI) and National Cricket Club (NCC) have also been dumped, along with all government institutes Railways, Services and Universities. Sweeping changes have also been made in the working committee, with new positions being introduced.

The altered constitution, uploaded on the BCCI website, says: Each State shall be represented by a state cricket association duly recognized by the BCCI and such associations shall be Full Members. No State shall have more than one Full Member at any given point of time.

In States with multiple Existing Members, the full membership shall rotate annually among such Existing Members such that only one of them will exercise the rights and privileges of a Full Member at any given point of time. The rotation shall be as per the policy framed by the BCCI, the new constitution says.

It effectively relegates Mumbai to Associate Membership status, along with other existing members of the BCCI.

The four-member COA has uploaded the proposed changed constitution without calling a Special General Meeting (SGM) and obtaining a three-fourths majority in accordance with the Societies Act. The BCCI is a society governed by the Societies Act. For now, the constitution has only been uploaded on the website. COA s next step will be to figure out how it gets implemented.

The report also stated that SC would be apprised of the change during the next hearing on March 20. On Monday, the SC is likely to hear interim applications filed by several state associations, requesting for the permission to hold a general body meeting. Some administrators also want clarity on the authority and scope of functioning of the COA. 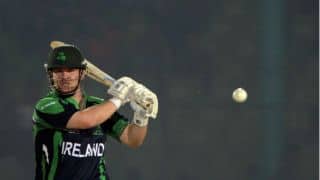 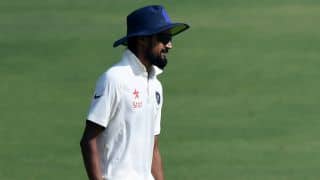