Siddhesh Lad is also excited about working with former India star Vinod Kambli, who is the Shivaji Park Lions' mentor this year.

Fresh from a series of excellent performances in domestic competitions this season, upcoming batsman Siddhesh Lad is excited about representing the Shivaji Park Lions in the inaugural Mumbai T20 league. The Shivaji Park Lions have been of the stand out teams of the inaugural edition, reaching the semi-finals with a comprehensive six-wicket victory over NaMo Bandra Blasters.

“I am extremely happy with my team’s performance. It’s been a roller coaster ride with ups and down but in the end I am pleased that we have made it to the semi finals. The whole team has played as a unit. Bravish Shetty and Shivam Dubey have been extraordinary. It has been a great learning experience to be the captain of the team and leading it,” Lad told IANS.

“We had a very good combination going into this tournament. If we perform to our potential then we will definitely go on to win the tournament,” Lad added.

Lad is also excited about working with former India star Vinod Kambli, who is the team’s mentor this year. “He was one of the players in the world during his time and has performed at the highest level. There are a lot of things to learn from him,” he said.

The 25-year-old also asserted that the Mumbai T20 league will prove to be a crucial platform for young cricketers in and around the city in their quest to fulfill bigger dreams. “Obviously this is a very big platform for youngsters. They would not have got such an opportunity somewhere else. This is a very good platform to go on and try to achieve bigger things,” Lad said.

If the Shivaji Park Lions go onto win the tournament, it will be the perfect conclusion to an excellent season for Lad. He has been in good form for Mumbai during the current domestic season after replacing Ajinkya Rahane at the No. 3 slot. Lad is now looking forward to producing similar performances for the Mumbai Indians in the Indian Premier League (IPL), which starts early next month.

“Personally, this has been a fantastic season for me. I have been the top scorer for Mumbai in all three formats. One of the advantages for me was that I was batting in the top order. I am very happy with the way things have gone so far. I am now looking forward to the IPL,” Lad concluded. 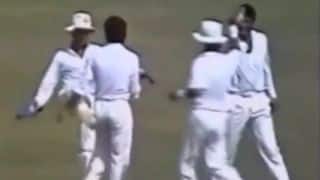