Indian opener Murali Vijay has insisted that the team is looking to leave behind the humiliating 333-run loss in Pune Test against Australia, adding that they would be looking for a fresh start.

Bengaluru: Indian opener Murali Vijay has insisted that the team is looking to leave behind the humiliating 333-run loss in Pune Test against Australia, adding that they would be looking for a fresh start in the next game starting Saturday at the M Chinnaswamy Stadium. It may be recalled that left-arm spinner Steve O’Keefe spun the visitors to a 1-0 lead in the four-Test series by claiming 12 wickets for 70, the best ever match figures by a visiting spinner in India. We are looking forward for this game and start fresh and put the pressure back on the Australians. So, I think, it is going to be a big challenge for us as a team and it is going to test our character and that is what we are playing cricket for and hopefully we can play the way we have to play like we have played before, Vijay told the media on Wednesday. FULL CRICKET SCORECARD: India vs Australia, 2nd Test at Bengaluru

Speaking about the Maharashtra Cricket Association (MCA) Stadium pitch, which has been rated as “poor by the International Cricket Council, Vijay said, I won t say Pune wicket was a poor wicket, it was a much more challenging wicket for us from ball one. Match referee Chris Broad branded the pitch “poor” in his formal report and the Board of Control for Cricket in India (BCCI) now has 14 days to provide a response to the ICC, which will then review the matter and has the power to issue a warning or a fine of Australian dollars 19,500.

As cricketers, we need that thing, at times to play in such wickets to test your ability rather than playing every time on a flat track or a seaming wicket, he added. The 32-year-old opener further opined that the team did not use the Decision Review System (DRS) effectively in the first match and thus called on his side to be more thoughtful before using the same. Definitely, at the moment, it is not going our way, but we got to take a little bit more time I guess. We got to use those 15 seconds much more better, he said. 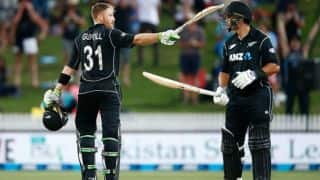 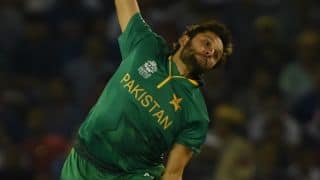