Former Sri Lanka captain Mahela Jayawardene has accepted that the retirement of legendary spinner Muttiah Muralitharan has created a massive hole in their bowling attack. 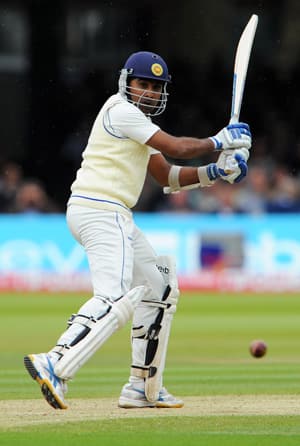 Former Sri Lanka captain Mahela Jayawardene has accepted that the retirement of legendary spinner Muttiah Muralitharan has created a massive hole in their bowling attack.

“Murali has taken 800 Test wickets, the most by any bowler in world cricket, so you know that with him in the side he is going to create something for you, even in tougher situations. Most of the time he breezes through line-ups, but even in tough times he is going to create that opportunity for you to change the game, he is a magician, and obviously without him it’s a big hole to fill,” he said.

Sri Lanka have not won any of the 11 Tests it has played since the retirement of Muralitharan.

“There are a couple of young spinners who have played with Murali and have performed really well and who now have to take the burden and carry the attack,” he added.

The middle-order batsman says despite their poor performance in the conventional format of the game, the morale of the team is high.

“Yes, we haven’t won a Test match for a good year-and-a-half, but I think we’ve played some really good cricket and we have had our opportunities. We just need to push a bit more and create a few more opportunities and grab hold of them,” he stated.

34-year-old Jayawardene, who has played 122 Tests, 352 ODIs and 35 T20Is for Sri Lanka, opines that it is up to the senior players to take responsibility of stopping the unwanted run of results as well as nurture the new crop of promising youngsters.

“I think it’s our responsibility (as senior players) to make sure that it is a smooth transitional period and at the same time try to build another team for the next 10 years,” he said.

“We might not be here for that long but while we are then we have to make sure that we build a team, we make sure that these guys are comfortable and they will take Sri Lanka cricket on for the next 10 to 15 years and try and improve on what everyone else has done.

“I think we’ve achieved quite a bit in Sri Lanka cricket in the past 20 years, there are a lot of people who are part and parcel of that and we have carried that forward, and hopefully the next generation will do the same.”