Veterans Shakib Al Hasan and Tamim Iqbal were ruled out due to injuries.

Bangladesh s wicketkeeper-batsman Mushfiqur Rahim, who was nursing his rib fracture he sustained at the 2018 Asia Cup, was included in the 15-member squad announced by Bangladesh Cricket Board (BCB) on Thursady for the three-match ODI series against Zimbabwe that begins on October 21.

Batting allrounder Fazle Mahmud, 30, was also named in the squad along with bowling allrounder Saifuddin, who makes a return to the side.

As expected, veterans Shakib Al Hasan and Tamim Iqbal were ruled out due to injuries. Shakib has been ruled out for the next three months due to a finger injury, while Iqbal is nursing an injury on his left wrist. Mominul Haque, Mosaddek Hossain and Soumya Sarkar, who were part of the side for the Asia Cup, missed out for the home series that will be following by two Tests beginning on November 3. 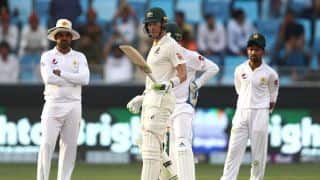 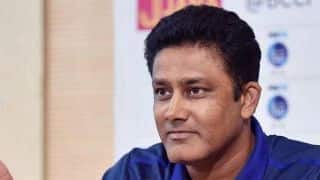