BCB has granted a short break to Shakib from Test cricket.

Johannesburg [South Africa]: Bangladesh Test skipper Mushfiqur Rahim has said that although he is not happy with Shakib Al Hasan‘s decision to miss the upcoming Test series against South Africa, he respects the all-rounder’s move to take a short break from the longest-format of the game to prolong his international career. The Bangladesh Cricket Board (BCB) has granted a short break to Shakib from Test cricket. However, the duration of the sabbatical is shorter than the six-month period which he had asked for. READ: Dale Steyn eyeing Bangladesh Test series return

Expressing his dissatisfaction over the star player’s decision, Mushfiqur said, “Obviously I am not happy, being the captain of the side. He asked for a break to have some rest from his workload, that’s his personal decision which I also respect. At the same time, if he was injured we would have had to play without him, so that’s part of life,” as quoted by Sport24.

Bangladesh had roped in experienced batsman Mahmudullah Riyad as Shakib’s replacement into the 15-man squad for the two-Test tour to South Africa. Reflecting on the same, the skipper said that although Riyad’s inclusion would add experience to the side, they would badly miss Shakib.

“The inclusion of Riyad Bhai will add some experience to our side as he is a very seasoned campaigner for us. But still I would say Shakib is Shakib, and we are going to miss him badly,” Mushfiqur said.

Bangladesh are slated to play four Tests, two each against South Africa and Sri Lanka, over the next six months.

They will also play three ODIs and two T20s, during their South Africa tour, while there are also a number of limited-overs matches scheduled against Sri Lanka. 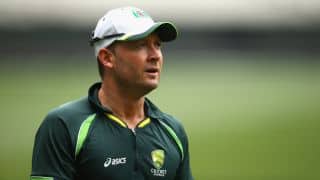