Former Bangladesh captain Mushfiqur Rahim become only the third Bangladesh player to reach 5000 ODI runs during Match 3 of the Super Four of the Asia Cup 2018 against Afghanistan. Needing seven runs to achieve the milestone before the match, the wicketkeeper batsman eventually made 33.

Rahim reached the milestone in his 190 ODI, while Tamim Iqbal, Bangladesh s leading run-getter in the format had achieved the the milestone in 158 matches in 2016 while Shakib Al Hasan got to the mark in his 168th ODI. Tamim, who was ruled out of the Asia Cup with a wrist fracture now has 6307 runs while Shakib is on 5482.

Mushfiqur, 31, is the third most capped player for Bangladesh in ODIs behind current skipper Mashrafe Mortaza and Shakib, who both have 192 ODI caps.

Imrul Kayes, 31, who was called in for the Asia Cup after round one made an unbeaten 72 in his return to Bangladesh colours in ODI and in the process became only the eighth player from the country to 2000 ODI runs. Playing his first ODI since October 2017, Kayes is the fourth fastest to the milestone for Bangladesh in 71 matches. 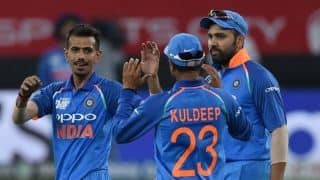 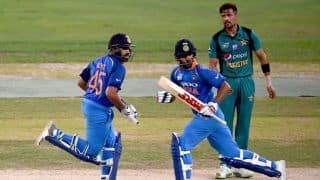