Mushtaq Ahmed role is likely to be filled by former England off-spinner Peter Such.

Former Pakistani bowler Mushtaq Ahmed has reportedly been sacked as the spin coach of the England national team as returning head coach Peter Moores and captain Alastair Cook reshape their backroom team to reduce the number of non-playing staff around the dressing room on match days.

Mushtaq, who was brought in by Moores in 2008 in his previous stint as coach having previously signed the Pakistani leg-spinner for Sussex, departs with the batting coach, Graham Gooch, and fielding coach, Richard Halsall

According to The Guardian, Mushtaq’s role is likely to be filled by former England off-spinner Peter Such, who has already been working closely with the younger generation of spinners like Scott Borthwick and Simon Kerrigan, in his role as the national spin coach.

However, the report mentioned that Australian David Saker, who signed a new contract in October that runs until after the 2015 Ashes series, is to stay on as England’s fast bowling coach, the report added. 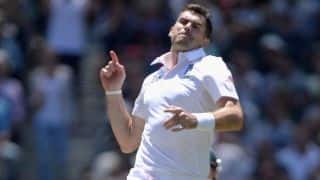