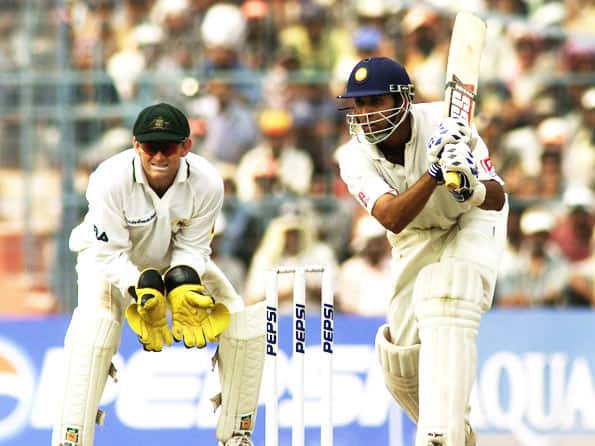 “I am truly sad that VVS Laxman has retired. And a tad surprised too. I was expecting him to play against New Zealand, but, well, he s made his decision and I respect him for that,” the Sri Lankan said.

Muralitharan called Laxman as one of India s greatest players and one of the best players of spin across eras.

“Laxman is easily one of India s greatest players and in my books, among the best players against spin of all time. We had great many battles against each other, and rarely did I manage to get the better of him. He was a very difficult batsman to bowl to.”

“Even the great Shane Warne struggled against him. And the same goes for me,” Muralitharan was quoted as saying by the Indian Express.

“He had a very unusual style of playing against spin, and I knew that the only chance I had against him was early on. Once he got used to the wicket, there was no stopping him. No doosra or any other weapon seemed to work against him,” Muralitharan added.

“He always knew what I was bowling, and was forever ahead of the game. And I have sat back and enjoyed all of his amazing innings against Australia, the 281 in Kolkata being my favourite,” he added.

“Laxman s wrists were amazing. He had the ability to hit two balls pitching on the same line and length to opposite sides of the wicket, with the exact same timing. You could have an off-side field, and concentrate on that line, and he would flick you through the on-side. He could even open the face suddenly and go inside-out if you were bowling a middle-and-leg line,” Muralitharan said.

“I remember a Test at Ahmedabad in 2005. I was bowling at my best and had already dismissed Sachin, Yuvraj and Dhoni. India were six down for less than 200. Then Laxman just strode in and stroked a masterful century and saved the day. We had a good battle, but he was in complete control,” he recalled.

Muralitharan, who holds the record for most number of international wickets recalled his time with Laxman at Lancashire.

“We were always friends, but only got to know each other well during our stint at Lancashire in 2007. He was there for two months, while I spent an extra month there. It was an awesome time, and I loved his company. So soft-spoken and always ready for a laugh,” he recalled.

“Laxman played a number of great innings for Lancashire, and scored many centuries. He used to score a lot of runs, and I used to take a lot of wickets. As a result, Lancashire did really well when we were there. Much later, we were together for the Kochi franchise during the IPL. Because neither of us got to play much there, we had a lot of time to ourselves and we made the most of it,” he added further.

Muralitharan also believed that Laxman could have played for a little longer.

“I personally felt that he could have continued for a little longer. But he s a great person and I m sure he has his reasons for the decision. I am going to call him up very soon and pass on my wishes,” he concluded.

Three U-19 players reprimanded for breach of ICC code