Muttiah Muralitharan: Sri Lanka’s chances of winning a Test in India are slim

Muttiah Muralitharan: Sri Lanka’s chances of winning a Test in India are slim

Sri Lanka have never won a Test series in India.

India and Sri Lanka are preparing hard for the upcoming three-match Test series, starting from November 16. While many have predicted India to whitewash the Lankans, the visitors are battling hard to stage a contest after their 0-3 drubbing this July and August. Muttiah Muralitharan spoke about Sri Lanka s chances and provided a realistic approach to the India-Sri Lanka rivalry in the purest format.

Our chances of winning a Test match in India, I would say, are slim. All teams have struggled to compete in India. In the last 13 years only two teams [Australia in 2004-05 and England in 2012-13] have won a [sic] series in India. They are ranked No. 1 in the world at the moment, our Test cricket seems to be doing okay, but we are struggling in shorter formats of the game. This will be a tough series and the characters of our boys will be tested.

When I played against India, they had the world s best batting line-up. Their batting was stronger than now I would say. If you take that batting line-up, they had [Virender] Sehwag, [Gautam] Gambhir, [Rahul] Dravid, [Sachin] Tendulkar, [Sourav] Ganguly, [VVS] Laxman and [MS] Dhoni batting from one to seven. Some of them are all-time greats of the sport and it was a tough task for us.

Similarly, we too were quite strong at home. Despite such a good side, India failed to win a series in Sri Lanka for some 22 years. We have some happy memories having made things tougher for them. It has been a superb rivalry and some closely contested games. That s what the sport wants. 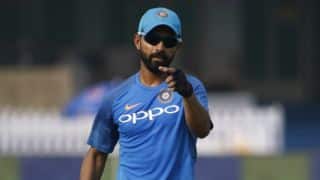 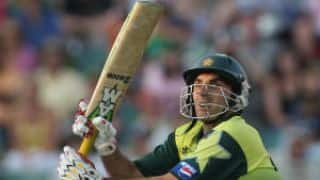