Raina walked down the memory lane and recalled Tendulkar's words to him after completing the iconic century.

Veteran Indian cricketer Suresh Raina recalled the incident when batting maestro Sachin Tendulkar slammed his 100th international century in the ODI match against Bangladesh. Raina was batting alongside Sachin when he achieved the path-breaking feat.

Raina walked down the memory lane and recalled Tendulkar’s words to him after completing the iconic century.

“I was at the other end when paaji scored his 100th international hundred. After he took a single off Shakib [Al Hasan] to reach the milestone, I congratulated him saying, “Well done, paaji, it was due for so many months.” He said, “My hair has turned grey waiting for this moment.” That’s when I realised how much mental weight he was carrying all that while,” Raina told The Cricket Monthly.

Tendulkar is the only person to slam 100 centuries in international cricket as he hit 49 hundred in ODIs and 51 in Tests. The Master Blaster is arguably one of the greatest players to ever play the game and his records speak highly of his calibre.

Raina listed out the memorable moments with Tendulkar while playing for India.

“I had many memorable moments with paaji once I started playing for India. The biggest one obviously is winning the 2011 World Cup, but apart from that, winning the CB series in Australia [in 2008], the ODI and Test series in New Zealand [in 2008-09] and becoming the No. 1 Test team,” he added.

The southpaw also revealed that he worked with Tendulkar ahead of the 2014 England tour. He also talked about how the Master Blaster charged him so much that he got inked on his biceps.

“He might have retired now but our bond remains strong as ever. Before the 2014 England tour, I rang him up and said I wanted to come to Mumbai and work with him on my batting. Paaji gave me two full weeks and I practised with him and Sameer Dighe for three hours every day at the Bandra Kurla Complex. One day during practice he told me, “You have to believe in yourself, you have to believe you can do miracles.” It charged me up so much, the same evening I got a tattoo on my biceps saying “Believe”,” he added.

Raina, who announced his retirement from international cricket last year, will return to competitive cricket in the T20 Syed Mushtaq Ali Trophy for Uttar Pradesh team. He is will play under the captaincy of 20-year-old Priyam Garg. 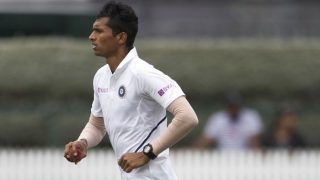 AUS vs IND: Navdeep Saini To Debut, Rohit Sharma Back as India Announce Playing XI For 3rd Test vs Australia in Sydney 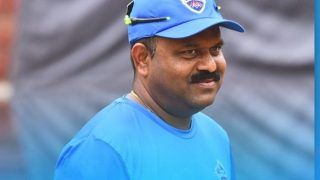