Hardik Pandya's back injury is keeping him off the field. And, naturally, the national team cricketer says his priority is get fully fit and play for the country again.

Hardik Pandya’s back injury is keeping him off the field. And, naturally, the national team cricketer says his priority is get fully fit and play for the country again.

“I am just focusing on getting fit as soon as possible,” Pandya told IANS in an interview over phone from Mumbai.

In September, the allrounder was stretchered off the field following a lower back injury during the match against Pakistan in the Asia Cup. A statement released by the Board of Control for Cricket in India (BCCI) said Pandya suffered an “acute lower back injury”.

At the moment, Pandya — who, with earnings of Rs 28.46 crore, was the highest gainer (in percentage terms) in the 2018 Forbes India Celebrity 100 list — is working on his fitness.

“I want to get back in the field whenever I can. That is my only priority — to get fit and come back and play for the country,” added the cricketer

Talking about the importance of fitness in his life, he said: “Fitness is everything… no matter if you are sportsperson or not. It should be a priority in your life because it keeps you healthy. For example, if the youth doesn’t focus on health, they won’t feel any difference right now. But with age they will know… so that is why it is important for youth to be fit.”

Pandya’s all-round ability helped him attain an important place in Indian cricket scene. And he says his journey has been “quite amazing”.

“To be honest, it has been a roller-coaster ride for me. There were ups and downs. And that is what you expect from life. Your life keeps on changing.”

Off the field, he is considered a youth icon by many, and Pandya says the tag doesn’t come with any pressure.

“I like to live how I live my life. It is not that I get pressured by it. But generally, it is pretty important — as people call me a youth icon — to set a good example, which generally is good for life. Even if I was not a youth icon, I would like to live a good life which is healthy and be a good person,” he said. 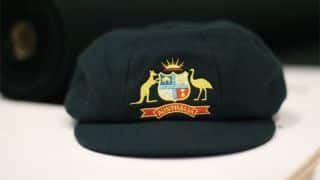 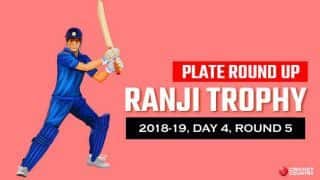