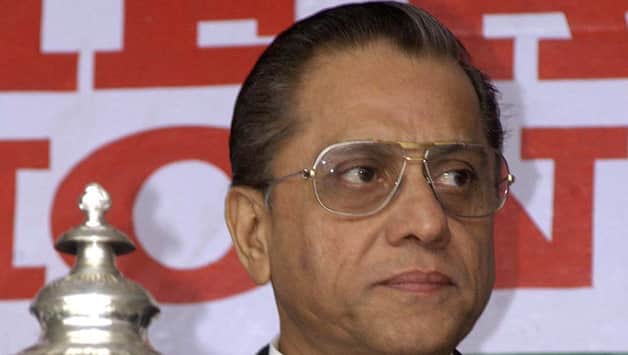 BCCI officials, who attended the dinner, did not appear to be too keen to press for a change of leadership at the moment, sources said.

They said a consensus seemed to have emerged at the dinner against seeking Srinivasan’s ouster at this juncture.

Srinivasan has already made it clear that he has no intentions of stepping down as he has done no wrong. He said he could not be bulldozed or railroaded into resigning.

The Tamil Nadu strongman was among the early arrivals in the dinner party and is learnt to have discussed the issue with IPL Chairman Rajeev Shukla and his host Dalmiya.

The BCCI members, many of whom owe allegiance to Srinivasan, have argued that there was no provision to suspend an incumbent president, in a clear attempt to dissuade the detractors from pursuing such a course.

BCCI vice-president Arun Jaitley and joint secretary Anurag Thakur were not present in the dinner held at a five star hotel. Both are expected to reach Kolkata on Sunday to watch the IPL final between Chennai Super Kings and Mumbai Indians.

Representatives of some of the other units like Jharkhand (JSCA), Tripura (TCA) and Odisha (OCA) were also not present.

Earlier in the day, Shukla met Dalmiya at his residence for over an hour and discussed the situation.