In what would come as a shot in the arm for N Srinivasan, Cricket Association of Bengal (CAB) President Jagmohan Dalmiya has extended East Zone’s support to the embattled Board of Control for Cricket in India (BCCI) President, who is seeking a third term as the Board chief, by signing the nomination papers for the December 17 elections.

“All six units of East Zone have signed the nomination papers extending support to Mr Srinivasan in different combinations,” said a top BCCI official, who attended the Board’s Working Committee meeting in Chennai. Another BCCI official said that there is little chance of Sharad Pawar becoming the president.

“This, I think, it is the end of the road for Mr (Sharad) Pawar (in his attempt to return as president). I don’t see anyone else becoming BCCI president at the AGM,” the official, who did not wish to be identified, told PTI. Pawar had decided to attend the BCCI AGM after four years when it was originally announced to be held on November 20 before it was put off to December, retaining Chennai as the venue.

A former president of the BCCI, Dalmiya had himself faced allegations of financial impropriety in the PILCOM accounts of the 1996 World Cup jointly hosted by India, Pakistan and Sri Lanka, before the matter was resolved. Dalmiya was earlier reported to be hesitant in offering support to ICC chairman Srinivasan. But now he seems to have agreed to support the Tamil Nadu strongman in his bid to become BCCI president for the next term.

With Srinivasan now having got the required unanimous support in writing from the East Zone, whose turn it is to decide the man at the helm, it appears to be a dead-end as far as any other presidential candidate is concerned.

Yesterday the BCCI Working Committee members noted that “the conclusions in the final report of the (Justice) Mudgal committee (appointed by the Supreme Court to probe into IPL-6 spot fix and betting charges) and felt that there is no taint on the conduct of Mr N Srinivasan and the allegations levelled against him by unscrupulous elements were baseless and were aimed at destabilising the working of the BCCI”.

The heat, it appears, is off Srinivasan, at least for now. 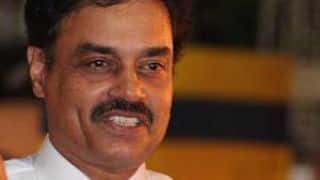 Indian batsmen will do well in Australia: Dilip Vengsarkar 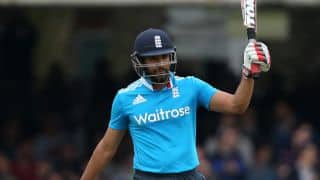