N Srinivasan set to take over as ICC Chairman

N Srinivasan set to take over as ICC Chairman

The BCCI re-confirmed its decision to nominate N Srinivasan for the ICC Chairman's post.

With the Supreme Court refusing to restrain N Srinivasan from taking over as the International Cricket Council (ICC) Chairman, the Board of Control for Cricket in India (BCCI) has sent a final confirmation to the world body intimating that its President-in-exile will be the candidate to head the all-powerful Board.

The Tamil Nadu strongman will officially take charge as the first-ever chairman of the all-powerful ICC Board on June 29 in Melbourne after the completion of its six-day annual conference starting June 23. “The BCCI needed to send a re-confirmation of who will be their candidate for the post of chairman of the ICC Board. The name of Mr Srinivasan was decided in February itself but as per ICC norm, we needed to send a re-confirmation a week before the start of the Annual Conference. Accordingly, we have sent Srinivasan’s name for the chairman’s post,” a senior BCCI office-bearer told PTI on conditions of anonymity.

As per the agenda, on June 26, which is the fourth day of the Annual Conference in Melbourne, the Full Council is expected to approve amendments to the ICC constitution which were agreed by the ICC Board in its February 8 meeting in Singapore, which will confirm Srinivasan’s appointment to head the primary decision-making body.

“As per the decisions taken during the Singapore meeting, it was agreed that the post of the ICC Chairman should be created in the ICC constitution. In line with that decision, an amendment has been made but needs to go through the Full Council before it is adopted,” the source said.

The ICC council comprises 51 members out of which 36 are associate representatives, five are affiliate members and 10 are full members which includes countries like India, Pakistan, Australia, England, South Africa, New Zealand, Sri Lanka, Bangladesh, Zimbabwe and West Indies. Once the Annual Conference concludes on June 28, Srinivasan will be ready to take over the reins of the parent cricket body on June 29 and start discharging his duties.

The BCCI was able to re-confirm Srinivasan’s name once the decks were cleared with Supreme Court refusing to hear a petition from the unrecognised Cricket Association of Bihar (CAB) which urged the highest court to prevent the BCCI’s president-in-exile from taking charge as the ICC chairman. “We have also taken legal advice on this matter and have conveyed to the ICC that it will not be in a contempt if Mr Srinivasan represents the BCCI at the ICC or takes over as ICC Chairman,” BCCI sources added.

Srinivasan, last month, had also chaired the Asian Cricket Council (ACC) meeting, while he also attended the ICC Board meeting in April. It is being expected that as far as ICC is concerned, Srinivasan is expected to be unanimously appointed as the supremo as none of the 51 affiliates till date raised any concerns of objections have gone on record opposing his candidature. 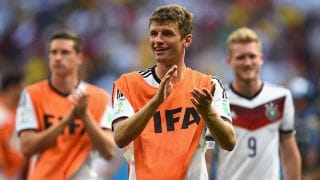