The chief of the board wants to end any possibility of structural corruption.

Pakistan cricket’s governance structure is set for a major overhaul with the post of the chairman to be reduced to a ceremonial one and the chief executive running the show, Board chief Najam Sethi said.

Sethi said the Board was planning to bring amendments in the constitution which would change the governance and management structure as well as in domestic cricket in the next six months.

He said once the constitutional amendments are made, the 12-member management committee will elect the Pakistan Cricket Board (PCB) chairman.

For long, the PCB chairman has been directly appointed by the Patron-in-Chief which was until recently the Pakistan President and thus he enjoyed absolute power and authority and could do anything as he liked.

“The way power has been used in many areas in the past is mind boggling but now we are working on a new governance structure,” Sethi said.

“The change is that the chairman’s post will be more of a ceremonial one and a team of highly qualified professionals approved by the Prime Minister will select and appoint a chief executive who will have the powers to run day-to-day affairs of the Board,” he said.

“The Chief Executive will run the Board with input from the management committee and chairman, but he will be a top grade professional who should have experience in everything, administration, marketing, finance, how to deal with ICC and other Boards and cricket,” he added.

Sethi, who was appointed PCB chairman with a 12-member managing committee by the Prime Minister in February, said under the new structure, departmental teams would be asked to sponsor and get involved in management of 12 regional sides in domestic cricket.

“That’s something we are working to also improve our domestic cricket. But the crux is, these 12 regional bodies will have a management committee, including representatives of their departmental sponsors, and this committee will have a representative to the Board’s governing body,” he said.

Sethi conceded that the present management of the Board was weak and thus the chairman enjoyed enormous powers.

“To fully democratise the Board, we are going to change the governance model for the Board,” he said.

He said to ensure that the governance model was not changed after a year, the changes would be given legal and constitutional cover and approved by the Prime Minister.

Sethi also spoke on the issue of the Board seemingly being involved in many court cases and legal wrangles since last year.

“Yes, it is true and I would like to make a request and appeal to our honourable judges. It is just that whenever someone approaches them with a petition, my request is that, call the Board legal team even at a short notice and give them a chance to give their side of the story before passing any stay order,” he said.

He said when courts passed a stay order without hearing the respondent then it made things difficult for the Board to run day-to-day affairs. 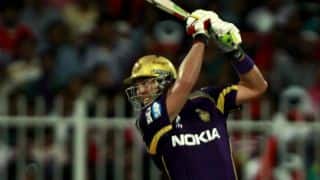