Najam Sethi said he was in the process of giving the PCB a democratic constitution.

Pakistan‘s suspended cricket chief Najam Sethi vowed on Sunday to appeal against the Islamabad High Court’s judgement which reinstated his rival Zaka Ashraf in the latest round of musical chairs in the game’s management. The High Court on Saturday overturned a February 10 order by Prime Minister Nawaz Sharif appointing Sethi as chairman of the Pakistan Cricket Board (PCB) and sacking Ashraf.

Saturday’s judgement reinstated Ashraf for the second time this year, after he was initially suspended by the same court in 2013 over “dubious elections”. Sethi said the court judgement would be challenged “vigorously and swiftly.”

“The good steps we took to professionalise and invigorate cricket and clean up the PCB will not be allowed to go in vain,” Sethi told AFP.

The Sethi-led PCB has initiated a complete overhaul of the Board since February, terminating surplus staff which the court ordered in May last year.

Sethi also appointed several coaches, including head coach Waqar Younis and batting coach Grant Flower of Zimbabwe earlier this month in a bid to improve team’s performance in the ICC World Cup 2015 to be co-hosted by Australia and New Zealand.

Sethi said he was in the process of giving the PCB a democratic constitution and was set to hold elections by next month.

“Two ex-Supreme Court judges submitted a draft of a democratic PCB constitution to the federal government last week. I wrote to the government to vet it, promulgate it and hold PCB chairman and board elections before June 9,” said Sethi, who is also a veteran journalist.

Ashraf has vowed to review all decisions taken by the Sethi-led management committee, including those of coaches.

“A good number of decisions and appointments have been made by the previous PCB set-up. I will review each one of them to decide if these were made on merit,” Ashraf told Pakistani media.

Ashraf had strongly opposed the proposed revamp in the ICC meeting in February while Sethi conditionally agreed to the changes in the last meeting in April.

The ICC Board had voted in favour of the changes in February this year. The changes will be formally approved in the ICC Council meeting in Melbourne next month. 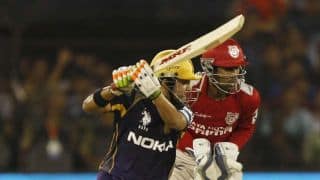 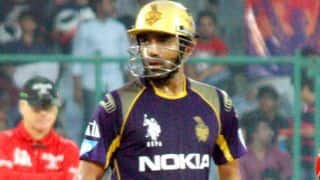